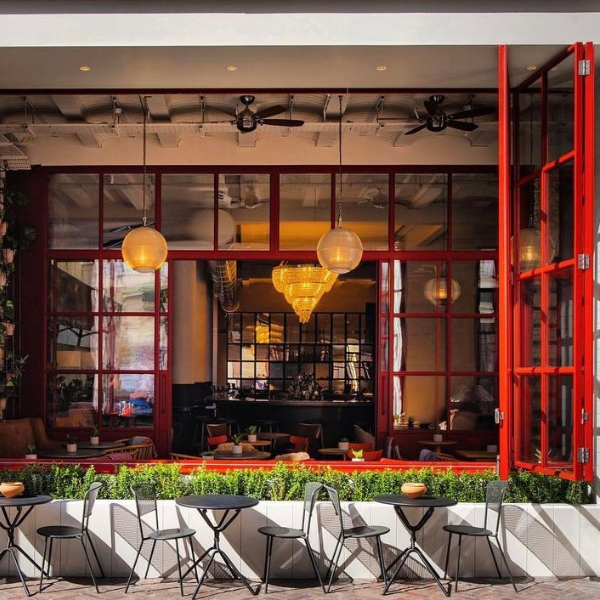 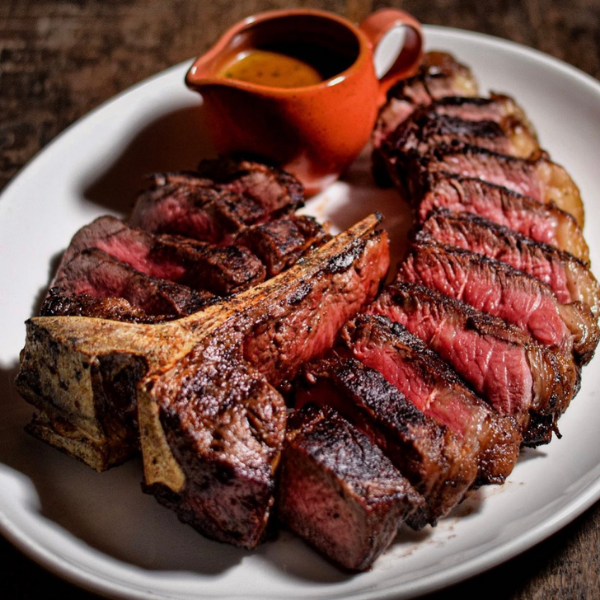 WHAT TO ORDER: 10oz martini and a sharing steak
WHEN TO GO: Late summer evening on the terrace, watching the hubbub of Soho
THE VIBE: Steakhouse meets loft party
BarsRestaurantsLondonSohoSteak
££££
Search results

Rupert Power and Sophie Bathgate earned a loyal following when they opened Sophie’s Chelsea way back in 2002. Sixteen years later, they arrived in the din and bright lights of Soho to open an all-day, late-night steakhouse in the former Moulin Cinema. At the centre of the space is one of London’s most impressive oval bars, beneath an enormous chandelier and the cinema’s original vaulted ceiling. Here they serve up their infamous giant martinis, guaranteed to get an evening started.

When it comes to the food, the star of the show is the custom built firepit, inspired by Argentinian open fire cooking. Hanging over it are prime cuts of native breed British beef from Phillip Warren – dry aged and butchered in house. The rest of the menu is full of steakhouse pop classics and for dessert, keep your eye on the whole roasted pineapples charring slowly over the firepit.