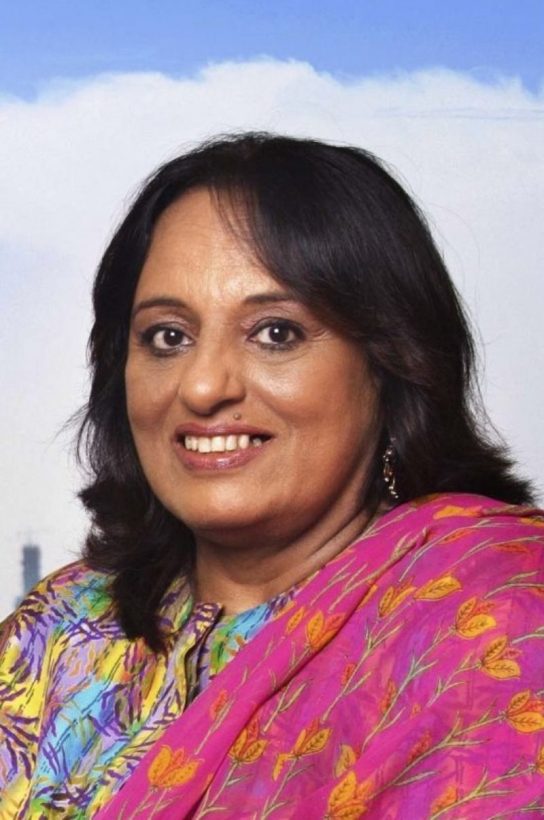 A key figure in changing the perception of Indian food in the UK, this week we hear from Camellia Panjabi. She tells us more about her success in India’s hotel industry, starting out in London and managing the MW Eat Portfolio from Mumbai.

Could you start by telling us more about the restaurants in the MW Eat Portfolio?

There are three restaurants in the Fine India Collection – Veeraswamy, Amaya and Chutney Mary, and the seven Masala Zones are in the company’s more informal dining sector. Veeraswamy, which is the oldest Indian restaurant in the world, received a Michelin star in its 90th year!

Amaya has a theatrical open kitchen with tandoors, a barbecue grill and a large tawa or griddle. Chutney Mary’s cuisine is a mixture of favourite Indian items re-presented with a modern twist.

What are the key differences between the sites?

All three restaurants have become destinations over the years. Veeraswamy attracts, besides an amazing nostalgia clientele, people converging to meet in the West End. Amaya, in Motcomb Street, is a meeting place for residents of Belgravia, Knightsbridge and Chelsea, for Sloane Street and Harrods shoppers, and those who love its grilled cuisine. Chutney Mary has become a regular business meeting venue, a destination for those seeking a glamorous atmosphere and unusual flavours.

How do you ensure standards are kept high when managing so many restaurants?

Each restaurant is a microcosm of its own. Its general manager, the managerial team, and the chefs are well integrated. They routinely seek customers’ comments and take that very seriously, working together to respond and engage, as necessary. Chefs are encouraged to continuously come up with new ideas and improvements. My sister Namita and I act as sounding boards, guides and motivators.

And how do you find working alongside your sister Namita and her husband Ranjit?

It actually works very well – we complement each other, each having our special strengths. We discuss and allow each other to function properly.

You had huge career success in India’s hotel industry. Could you tell us more about your work there?

I came into the hotel industry accidentally, as I was transferred from the Tata soap company to do marketing for the Taj Mahal hotel Bombay when it was undergoing a renovation after 65 years. We managed to make restaurant revenue equal to the room revenue of a 600-room hotel! This was followed by an expansion programme of the hotel company, acquiring or building over 70 hotels across South Asia, in the 30 plus years I spent with the Taj.

The demands of the hotel industry necessitated a deep knowledge of what international travellers were experiencing in the best hotels and restaurants worldwide. This gave me the unique opportunity to observe, experiment and help in the creation of 35 or 40 food and beverage outlets covering many cuisines.

You currently live in Mumbai. How do you continue to collaborate with chefs and colleagues in the UK?

I have spent much more time in London in the last couple of years, although Mumbai is where I recharge my batteries. It’s a great city for street food creativity, and vegetarian and seafood aspects of Indian cuisines, as well as Indian fusion with everything – Sichuan, Mexican, Italian! There are at least 10 different communities that now call this city home. All of our restaurants are fairly self-sufficient; and Namita is in London to assist them. Though I am always available at the end of a phone!

You helped set up Bombay Brasserie in 1983, changing the perception of Indian food in the UK. Did you realise the impact the project would have at the time?

India at the time had strict foreign exchange controls, and we were in many ways cut off from the world. London was the largest source of travellers to the Taj Mahal hotel in Bombay, and I persuaded my company that we should open a restaurant in London to highlight Bombay’s cuisine. The company sent me to London to oversee the project.

I thought if I could combine this large, beautiful room in Gloucester Road with subdued glamour, unstuffy informal style and unusual tasty food, it could attract a buzz. The answer is that I never knew it would be so successful in its time, but I did hope that it would begin to change the perception of Indian food. Surprisingly at that time, even the city of Bombay did not have a restaurant serving the cuisine of its city!

What’s the one piece of advice you would pass on after years in the industry?

What I would say to younger people is, do not be in a hurry to achieve success by quickly changing jobs which lead to a more senior position to make one’s CV look good. Do use the formative years to make a proper and wide study of the detailed aspects of the career you are choosing. The title is not important. Because this is the foundation on which you will build a more successful career that will last.

Finally, where is your favourite place for hospitality in the world?

It has to be London! Since my culinary involvement with this city began in the early 1980s, I was witness to, and a tiny participant in, the evolution of London from what it was then, to becoming undoubtedly the gourmet capital of the world. 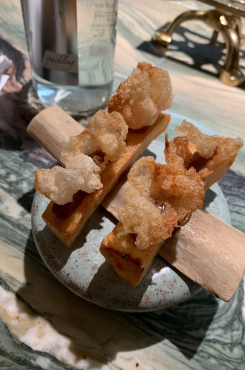 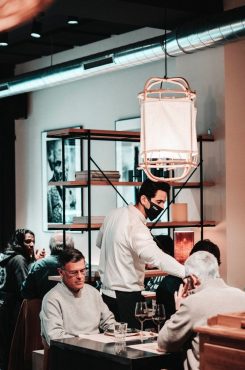 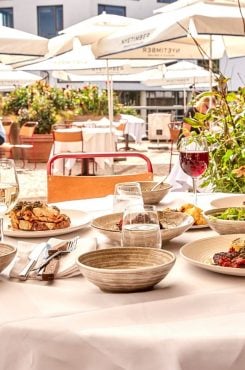