GQ Food and Drink Awards 2022: All the goss from the fabulous party 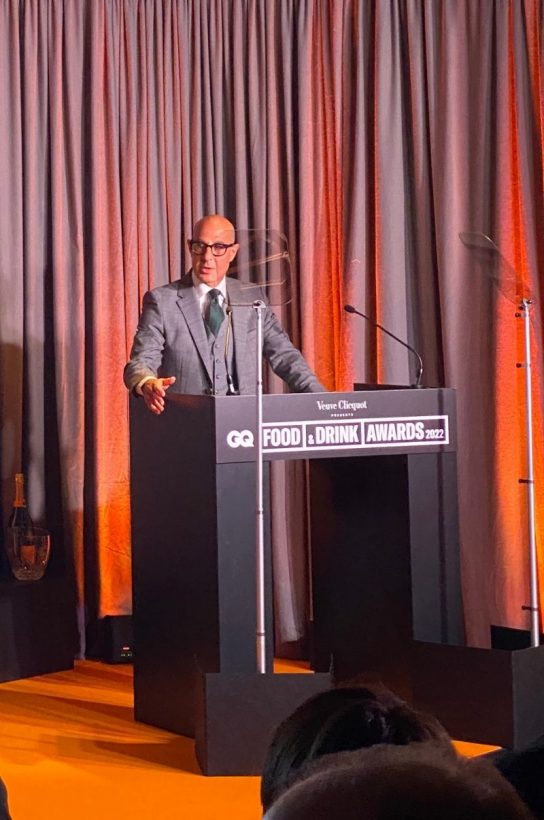 Last night, the country’s leading talent in food and drink gathered at Decimo at The Standard hotel to celebrate GQ’s annual Food and Drink Awards. A few members of the CODE team were at the ceremony, drinking champagne and being attacked by manchego mousse.

We had a fabulous time – and weren’t the only ones. We spotted the Guardian’s restaurant critic Grace Dent on stage, a platform later graced by Lorraine Copes, who earned the Veuve Clicquot Innovator award, and Henna Zinzuwadia of Akoko, who clinched best sommelier.

This year’s do focused on reinvigorating our love of brave cooking, inventive drinking, warm service, and the simple pleasures of going out – and staying out.

Miquita Oliver, daughter of the chef and broadcaster Andi, hosted the ceremony, and a star-studded line-up of chefs took it in turns to present awards to the industry’s big winners. Tom Kerridge gave the best restaurant accolade to BiBi, Chet Sharma’s contemporary Indian restaurant in Mayfair and a CODE team favourite (it’s also on the CODE app by the way – that Lahori chicken is worthy of all the awards it can get).

Stanley Tucci made an appearance (we tried our best not to fangirl, but failed) to present Angela Hartnett with the lifetime achievement award. In her acceptance speech, she thanked Gordon Ramsay, grateful for the platform and opportunities he gave her, and husband and fellow chef Neil Borthwick, who was in the crowd proudly cheering her on.

Margot and Fergus Henderson picked up the editor’s special award before catching a flight to New Zealand this morning. The pair also have our vote for best dressed on the night – Fergus in one of his classic two-piece striped suits, Margot in an electric pink dress.

The Fallow team took home the sustainability prize, and also provided 300 bottles of sriracha for the goody bags. Obviously we forgot ours.

All the winners got a magnum of Veuve Cliquot and a crystal ice bucket. Emma Underwood, who took home the best front of house gong, shared her bottle amongst guests. It went down fast.

Those who weren’t ready to call it a night as the event came to an end popped over to the Booking Office for a nightcap. Jimi Famurewa, Tom Booton and Jess Corrigan made the journey. We hear Tom Kerridge and Paul Ainsworth reflected on the night over dinner elsewhere. 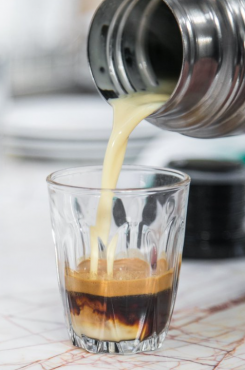