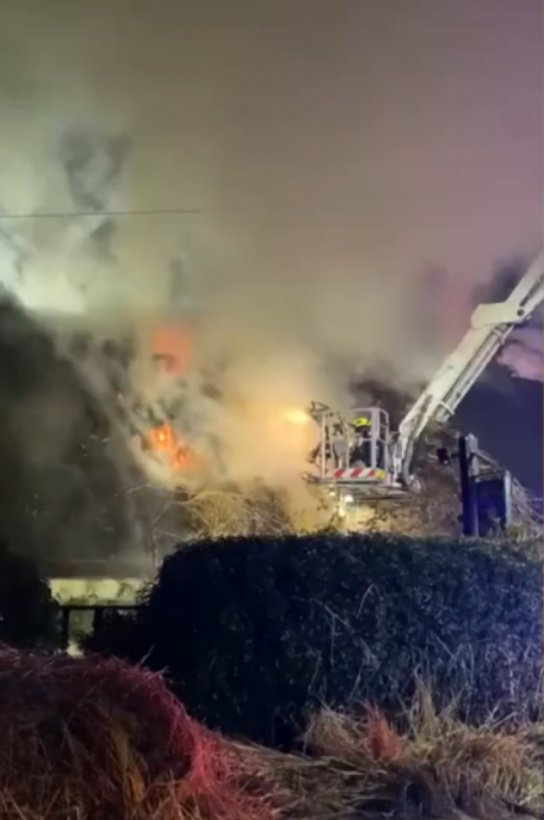 The much-loved and respected Star Inn at Harome has been “reduced to ashes” after a fire caught light in its thatched roof.

Chef Andrew Pern said he was called late on Wednesday night and told the 14th Century building was ablaze.

Pern spoke to BBC Radio York this morning, praising the efforts of his “quick-thinking” staff who tried to distinguish the flames as soon as they were discovered, as well as the North Yorkshire Fire & Rescue Service, which sent 45 firefighters.

“It was smoldering at first and the staff did a brilliant job, they grabbed all the fire extinguishers, got a hosepipe from the cellar, they did an amazing job themselves,” he said.

“There was nobody in the property, nobody hurt at all. It’s one of those risks that comes with a thatched property, once it took a grip it didn’t really stand a chance.”

Pern added the newer section of the pub might still be able to trade and said it “should be ok, so we’ll be able to function in a fashion, somehow”.

He said the main building’s frame, however, is “just about gone”.

The fire service said The Star at Harome, on the edge of the North Yorkshire Moors National Park, caught fire shortly after 10pm.

Pern announced the news on the restaurant’s Twitter feed overnight and posted a video of the scene.

“It’s been a long night so far… I’m afraid we won’t be open for a while as we are reduced to ashes with The Star on fire and still burning”.

Pern took ownership of The Star Inn aged just 25 in 1996 and has held a Michelin star there for most of his tenure.

It has long been one of the most celebrated dining pubs in Britain thanks to its early efforts towards championing Yorkshire produce and cooking seasonally.

When fine dining and traditional pub food were still detached, Pern helped to outmaneuver the existing disparity and serve food that was of the highest standard, while still offering the warm, informal service a country pub might be known for.

The Michelin Guide says of Pern’s restaurant: “While the restaurant side has a plush, luxurious feel, it’s still very much the village local and you’ll find the regulars supping on a pint of bespoke Two Chefs beer in the characterful bar.”

Many across the industry have expressed their sadness at the news.

One is Tommy Banks of the Black Swan at Oldstead, who called the fire “devastating”.

“Our thoughts are with you Andrew and the whole team,” he wrote.

CODE hopes to see The Star Inn back soon. 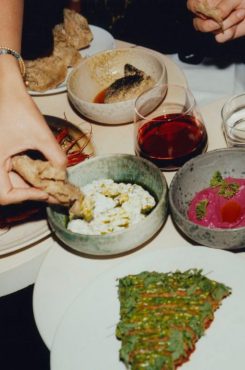