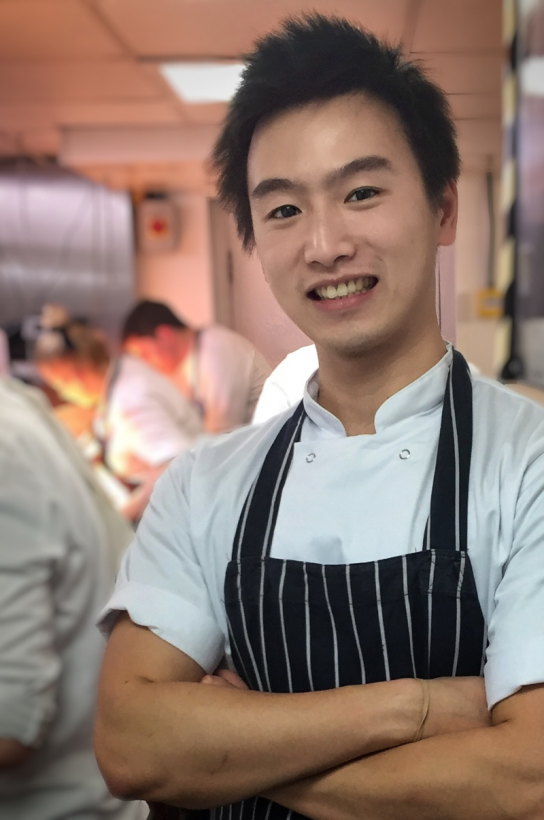 JJ Tan is the founder and CEO of Friend of CODE, Jelly, an all-in-one kitchen management app headquartered in London. Tan is a trained physicist turned banker, turned chef. Tan swapped his suits for aprons and spent time as a junior chef in some of London’s top restaurants. In 2017, he founded Jelly to help chefs run better kitchens and make their lives easier.

How and why did you start Jelly?

It’s like I’ve gone full circle. I’m originally from China. I grew up there and came to the UK when I was 13, to a place up north called Doncaster. I first worked in hospitality when I was 15 and couldn’t speak much English, so I decided to help in restaurants during the Summers. It really struck me just how stressful things were, particularly where I was, in the kitchen. I loved the people I was working with, but I was so surprised by how much stress, hours, and hard work goes into it. I eventually went to London for university and went on to work in banking. I met one of my friends who carried on as a chef, and I was so surprised that after 10 years, nothing had changed in the kitchen. In many ways, it had gotten a lot worse. My chef friend was going through a lot of personal issues that we recognised was due to the work environment he was in. I then started to spend more time with him in his kitchen, which is when it dawned on me that this industry demands many challenges. I wanted to do something to try and solve these issues. So long story short, I quit my job to go back to working in kitchens in London and spent the time thinking about how I could try and make things better. I studied physics at university so was a bit of a maths nerd. In the kitchen I had my physics hat on thinking about where are all these challenges were coming from. I was trying to get down to the fundamentals and principles. I looked at everything from front-of-house, profit margins, inventory, staffing, turnovers, and it all pointed me towards the back of house. I noticed that everything was still very manual, using pen and paper. I decided that I wanted to create a tool that would be easy to use, particularly for independents.

Has your background in physics helped you in business and building an app?

It’s like that speech by Steve Jobs where he says that you can only connect the dots backwards when looking at your life. I never thought while I was doing physics, that it was going to help me. I was just really interested in solving problems. Physics is all about asking lots of questions and solving problems. This was how I approached starting Jelly, wanting to solve problems in the industry. It’s crazy how much it has influenced me without me realising at all.

How different have you found working as a chef, and more generally in the hospitality industry, rather than in the banking world?

It surprised me to find the similarities between the kitchen and the trading floor in the investment banking world. There’s so much stress, long hours, fast-paced, and the same camaraderie. Working in kitchens is the hardest thing I’ve ever done. It’s harder than trading for sure. Working in a kitchen is very physical, you have to be on your feet, sometimes for 16-hour days. I have so much respect for people working in that environment, day in and day out. They are truly the heroes.

Do you think everyone should work in hospitality at some point in their life?

Yes, I think it’s total character building. It’s all about taking care of others, making sure they have a good time and enjoy themselves while making them leave happier than when they came in. What’s crazy is that often these people have little time and resources to take care of themselves. You’re essentially spending your energy to help others at the expense of yourself. I really can’t get my head around it, and wanted to do something to help.

How was it developing an app? Were there any challenges along the way?

For sure, yes. Before we even started building the app, I spent all my time in kitchens in London. There’s no point in me trying to build an app and not have the future users involved. I remember going around with a PowerPoint presentation with drawings of what the app would look like, showing chefs and asking for feedback. I was doing a lot of cold calls too. It was incredible just how happy they were to chat and spend time with me. A highlight was going into one of the best Michelin-starred restaurants in London and asking to speak to the head chef. Not only did he come down to meet me, but the executive chef also came along, and we had an hour-long chat about what we were building. The feedback from the chefs was so valuable. The app had to be simple to use, the buttons big because of the kitchen environment with oily hands and low lighting, for example. I have WhatsApp groups with all the restaurants that use the app as I love to get feedback directly from the people using it.

Are you optimistic about the future for hospitality?

I am a huge optimist, but I’m also a realist. So, knowing everything I’ve experienced, I’m hugely optimistic in terms of where the industry’s going. I think fundamentally, the belief that we have at Jelly is that everyone wants to do good, and everyone wants to be a better version of themselves. Things such as toxicity in kitchens and mental health issues are actually symptoms of the environment. We have to start by making the environment better itself. It’s only a matter of time that things will get better because restaurants and kitchens will fundamentally be easier to run. The businesses will be more profitable because they can control costs in a more effective way. With all the right tools and the fact that people generally want to do good, it’s only going to get better. I think Covid has accelerated this. I wouldn’t say COVID has turned us back, I think it’s accelerated us towards the future. So, I am optimistic yes.

What do you think is the biggest challenge for the hospitality industry right now?

I think in the short term, the staffing issue. Again, I believe that’s a symptom of the way hospitality had been generally run before. It will take some adjustment as people come back into the industry, and back into the kitchens, but I do think that this is just a short-term issue.

Are there any future plans in the works?

We’re very excited about the future. Fundamentally, at Jelly we want to help chefs, operations managers, and owners run their kitchens by removing all the complexities and mundane admin they have to do. We’ve started with a foundation of essential admin, and we want to continually expand to help more and more different avenues and complexities in the restaurant environment. But by starting from this foundation, we’re in the best position to build upon this step by step. The chefs love it when we bring out new updates with their suggested ideas implemented.

This is a hard question as there’s loads of places I love. The last restaurant I went to that I really loved is called Farang, a Thai restaurant by someone who’s fully English! I love seeing chefs take on the cuisine from another place and making it their own. Seb is the chef, and he five years ago presented his idea for the restaurant and now it’s real.

Found out more about Jelly here 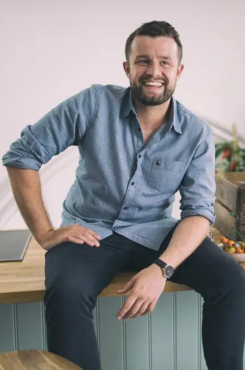 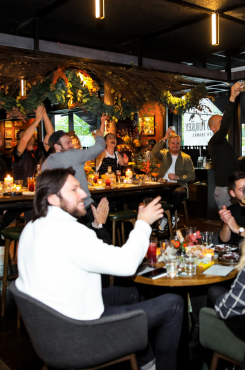 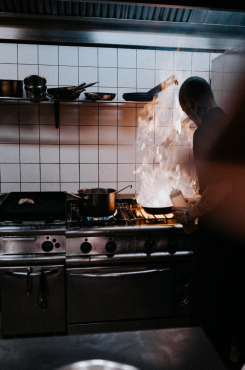