CODE meets Alex Hunter, founder of The Sea, The Sea 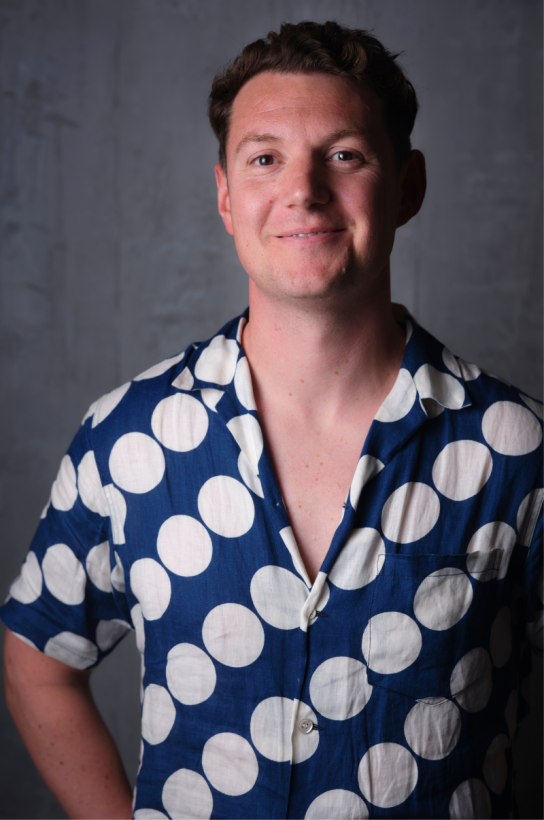 What inspired you to start The Sea, The Sea?

I set up and ran the Bonnie Gull restaurant group for several years, so I had some experience with seafood and sourcing it. This was the part that I found really interesting and what I wanted to pursue further, so the retail element that we have at The Sea, The Sea was influenced by this interest. I wanted to learn more about the product, and how and where to source the best of it. It was a passion project for sure.

How did you meet executive chef Leo?

Before I met him I messaged him on Instagram. Having been to his pop up at Climpson’s Arch and had an amazing meal, I messaged him saying I was going to Lisbon and wanted some restaurant recommendations. He gave me an amazing list of places that were pretty off the map. We then met at Londrino and I asked him if he’d help us with some consulting at Bonny Gull, which he did. I then had the idea for The Sea, The Sea, and asked Leo if he knew of any chefs that would be interested, but it ended up being him! Londrino had closed at that time, so he was able to do it, and obviously it’s worked out really well.

Why Hackney for the new site? Has that always been in the pipeline?

Firstly, I live in Hackney. I live a 10-minute walk from the new site, and I’m fed up with commuting to Chelsea all the time, so that’s been nice. On a serious note, we needed a much bigger space for this concept, and we wanted to be somewhere where we were surrounded by restaurants with a similar ethos to us, people who were going to be our potential wholesale customers. I feel that Hackney, and East London in general, is at the forefront of progressive cooking, which is how we see ourselves. Chelsea was our first venture, and we’ll always love it, but in a way Hackney is home, even though it came second.

How was it launching at a time where we are coming out of a pandemic?

Although we had to close the seafood bar in Chelsea at certain points in lockdowns, the retail side of the business blossomed and flourished. We became better known as a seafood retailer as opposed to just a restaurant. Everyone thought we had pivoted the business as a reaction to the pandemic, but we’ve always been doing this. We also had time to train, to help the team become stronger and tighter as a unit. We tried to turn it into a positive, at least from our business’s point of view. I set myself up in a little shared office with our designer for the best part of the year. Throughout the lockdowns, whenever I wasn’t in the shop, we were in this little office together designing, plotting, and planning the Hackney site. Of course, there were some delays. We could have been open six months earlier, and we also had issues sourcing certain materials and equipment. The actual build process was only three months though. We’re fortunate to have a fantastic team across the board from designers, sound engineers, lighting guys, building contractors, everyone has worked really well together to make it happen.

Was it important for you to serve lesser-known and unappreciated seafood?

It’s not the primary aim of ours. We’re not just focusing on the catch that people don’t know or recognise, but we are very open to serving different species, including some lesser-known ones if we think that it works and is a good product. We are open to using everything, rather than just the mainstream.

Why do you think some of this seafood is lesser known?

In the UK, we are very close-minded about seafood despite being surrounded by water and having an amazing variety of seafood species on our shores. In the UK, we mostly think about cod, salmon, and non-native prawns and tuna. A lot of this is harvested in Greece or Turkey. We are all about identifying the best of the species that are native to these waters. We source directly from the boats.

How important is it for you to know the entire story of the products, from sea to plate?

The great thing is that we are the story of the sea to plate, we don’t have to worry about traceability. In Cornwall, we have fishermen that land fish for us. We also buy from local markets down there as well. We have our own driver and van who will pick up directly from the boats and markets and bring it straight to us. This gives us control over the quality of the product and cuts down the lag time. Similarly, we buy a lot of fish and shellfish in Scotland. A lot of the boats are small day boats, making minimal impact on the seabed. We’re not doing this at a huge scale, we’re being very particular about how and where we source the product from and try to show it at its best on our menus.

Can you tell us about dry-aged fish?

This isn’t a new concept really. They’ve been doing it in Japan forever. I suppose we were perhaps the first to do it, at least openly, in London. We included this dry-ageing cabinet in Chelsea when we first opened. It’s something that Leo champions and is very interested in. The purpose isn’t to replace the flavour and texture of fresh fish, but to give it a different one, an added dimension and new flavour profile. It has benefits too, if the weather’s bad, the boats might not be able to catch anything so having dry-ageing cabinets full of fish means that you’ve always got a constant supply. It gives some flexibility both for us and for our wholesale customers.

What advice would you give to someone thinking of opening a restaurant/ food-related business?

I’ve been through some good and bad in this business, and the one thing I would say is, don’t do it if your heart’s not in it. Whatever the project is, unless you are completely obsessively devoted to it and super confident in your ability to make it work, don’t do it. This is a business where you need real passion to be successful. I’ve done a couple of other projects in the past where I haven’t been overly passionate about it but thought it would work in a business-sense, and they’ve never worked because my heart hasn’t been in it. I think the reason that The Sea, The Sea works is not just because my hearts in it, but because everyone who works in the company’s heart is in it. Our strength is our people. I never need to tell anyone to work harder or be more passionate in this business, which has not always been the case. Oh, and be aware, it’s bloody hard to find staff!

Are you optimistic about hospitality for the rest of 2021 and beyond?

I think the rest of 2021 is going to be difficult. We’ve been through a roller coaster this year. There was the hype around restaurants reopening and places being super busy for a couple of months. Travel then came back and certainly, areas like Chelsea emptied out. I think the biggest crippling aspect that I don’t think has a short-term fix is the staffing. I remember thinking before the pandemic, that we were on the verge of a staffing crisis. It was talked about a lot, and I thought that a day is going to come when people aren’t able to open their restaurants because they won’t have the staff. Now this is happening, and it’s happening right across the country. It’s a huge mess we’ve managed to get ourselves in, and I really don’t know how we’re going to get out of it. I think that this, on its own, is going to be the biggest negative impact. Beyond that, I hope that we can find solutions to overcome these obstacles, and ultimately end up with an industry where independent, produce-driven, passionate restaurants are given an environment to succeed.

If you could only eat one more seafood dish what would it be?

For me, langoustines are the finest food product we have on these shores or perhaps anywhere in the world. I’m Scottish originally, so maybe there’s some nationalism coming through there, but I think Scottish langoustines are just incredible. 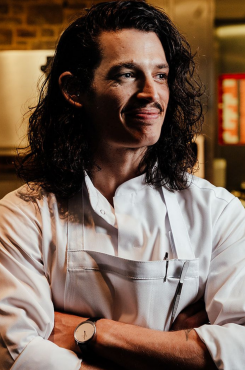 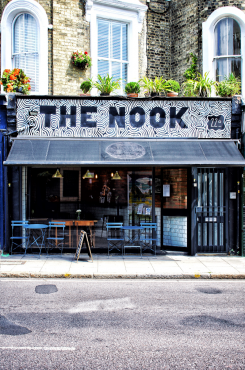 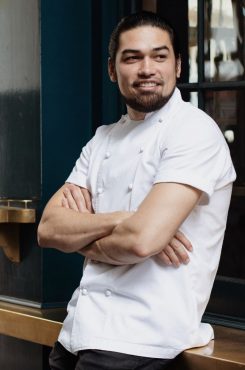