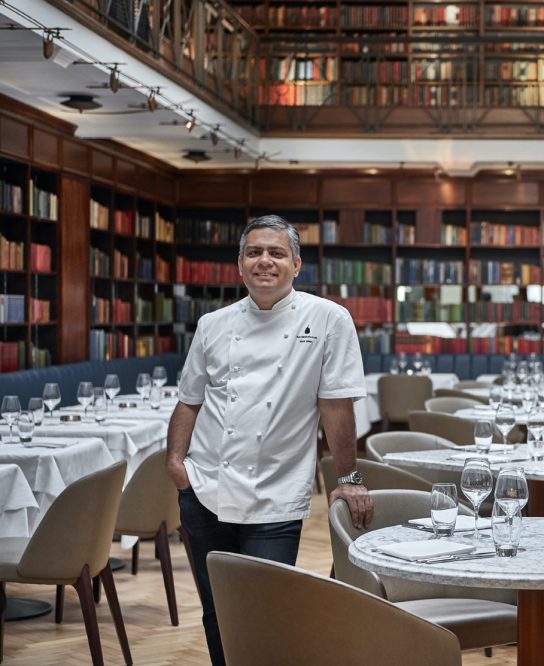 Opening first in 2001, The Cinnamon Club pushed the boundaries of Indian food in the London dining scene. We talk to chef and founder, Vivek Singh, about his personal highlights and what’s next.

Congratulations on celebrating 20 years at The Cinnamon Club. When you opened, could you have imagined you would still be here today?

Thank you! That’s such a good question, because even if we could hardly see ahead of our noses, we definitely wanted the business to be around forever! Setting up The Cinnamon Club was such a labour of love for myself and Iqbal Wahhab at the time, our ambition for the brand knew no limits. We were worried that the radical nature of our ideas may have suggested the restaurant wasn’t one for the long run, but our innovation and commitment to quality has helped secure our reputation as one of London’s best fine-dining Indian restaurants over the past 20 years.

With the restaurant closed for much of the year, how have you marked the anniversary?

We might not have been open physically in the restaurants, but we were always working hard, throughout autumn and winter with takeaways, meal kits and keeping in touch with our teams, suppliers and of course our guests. We were taken aback with the love and support we received for our various meal kits and Valentine’s boxes, so we launched our 20th Anniversary Feast kit in early March to mark the past 20 years. Even if I say so myself it’s our best meal kit yet, and a wonderful celebration of our most loved dishes.

Is it possible to pick a highlight from the past two decades?

It’s tricky to pick one but on the whole I’m incredibly proud of our team at The Cinnamon Collection, several of whom have been with us for the whole 20 years. The impact that Club has had on the dining scene is also a particular highlight from the past two decades – being part of a restaurant that helped to introduce fine-dining Indian cuisine to London.

How about the biggest challenge? This year must be up there.

2020 has been the toughest challenge yet, and I’m very pleased to see the back of it. Even if we know it’s not over yet as the industry will take months if not years to heal. Among other big challenges, finding the best workforce and talent has been a challenge for years, and overall, it’s probably been the biggest challenge in the last decade.

And an all-time favourite dish on the menu?

One all-time favourite dish is going to be hard to pick from a restaurant that changed its dinner menu for several years! Thankfully we don’t change the menu every evening, but we can still have six to eight big menu changes each year, adapting with the seasons. I’d pick a genre instead of a dish – at TCC we love cooking with game, and we were the first Indian restaurant to introduce grouse on the menu. The Tandoori breast of grouse smoked with cloves, pumpkin chutney and masala peanuts is up there with the favourites.

Taking us back to the start, where did the idea behind The Cinnamon Club come from?

Right at the start, The Cinnamon Club was born out Iqbal Wahhab’s desire to break the mould and create a restaurant that would redefine the Indian restaurant scene in London. At the same time, my own ideas for the menu and dishes were born out of restlessness and a desire to push boundaries and create more elbow room for innovation and creativity in Indian cooking. This was something I was missing even while working for some of the best hotels in India. Nothing would infuriate me more than to hear ‘it’s just a curry, you don’t need great ingredients for it’.

The common ambition for both Iqbal and I was that we didn’t just want The Cinnamon Club to be a great Indian restaurant, rather wished for it to be among the best London restaurants. I think we managed to achieve that and some more. So many things we take for granted now in Indian restaurants such as seasonally changing menus, great ingredients, slick presentation, experimentation etc. were considered unnecessary affectations back then!

You’ve helped to shape and inspire modern Indian fine dining in the UK. Was that always your intention, and how does it feel to be part of that?

Thank you, it feels great to hear it from others. I can’t say I set out to inspire modern Indian dining in the UK, but being the novice that I was, I certainly wanted to show people there was a lot more to Indian cooking and its repertoire than was being showcased. There were opportunities for smaller, more frequently changing menus, considered combinations and so on. We always have had great Indian food in the UK, but it wasn’t considered to be a dining experience. That needed to change, and I feel fortunate to have had a part to play in it. The other thing I’m most proud of is the impact The Cinnamon Club has had on the people who have worked or passed through it in their careers. Some of the finest talent in the Indian scene all over the world has come out of our kitchens, not to mention our own long-standing team many of whom have been with us for years. Last time I counted, between the head chefs (each one is home grown) and some senior chefs there are 12 of us, and we have over 220 years of experience cooking and working together.

How has the London dining scene changed over the years?

The London dining scene has both changed a lot and also stayed the same in some ways.

In terms of change, it’s certainly become a lot more vibrant, open and accessible in many ways. In the last 20 years, with more travel and with the introduction of social media, there is definitely more exchange of ideas, and a much-improved appetite for people to try new things, new dishes, ingredients and experiences. There is also a much better understanding of authenticity, of regional differences and an appreciation for it.

I have seen the time when it would be considered a sacrilege to answer one’s phone in the dining room, or even have it on the table, through to a time when everyone is taking pictures of food all the time before they eat!

What’s stayed the same is that quality, excellence and consistency still counts.

What advice would you give to restaurateurs who are just starting out?

Restaurants are great business if you love them but I don’t suggest it for people who think they can set up something cool, roll it out for a bit and sell out to make big money. There are far easier, quicker ways of making money from business than restaurants!

Finally, what’s next for The Cinnamon Club?

This year we are starting a new series of events called ‘A Life in Spice’ which celebrates the team who have been with us throughout the years with a series of intimate ticketed events at each one of our Restaurants at different times of the year. At each event, 3 or 4 of us will cook a feast of eight to ten dishes while sharing anecdotes and stories about the inspiration, the ideas and our time together. 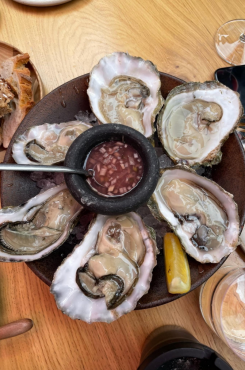 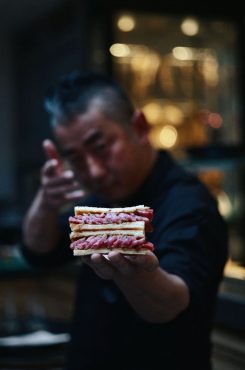 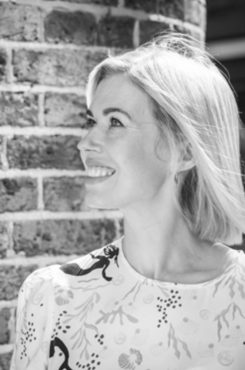