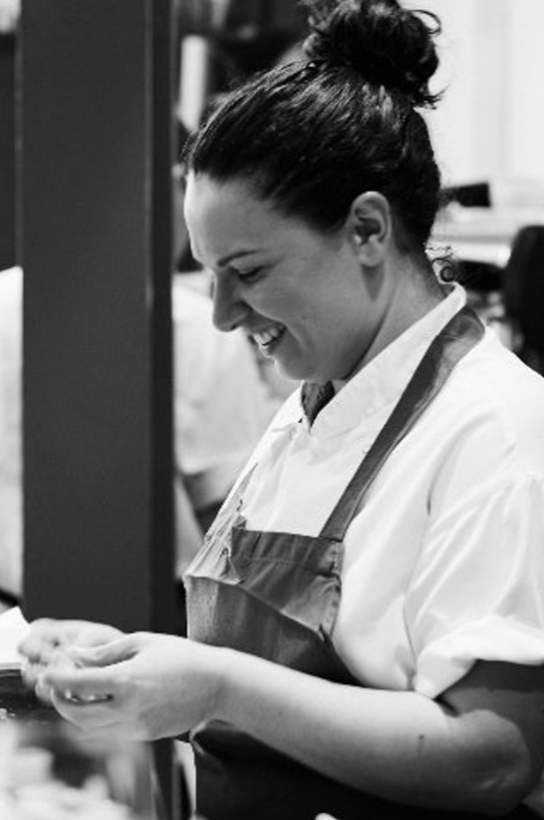 This week CODE hears from Selin Kiazim, chef owner of Okalva and Kyseri. Selin chats to us about how traditional Turkish hospitality shaped her start in the industry, Peter Gordon’s influence on her career, and why she thinks Perilla’s Ben Marks is the industry’s next rising star.

Growing up in a Turkish household I have always been surrounded by copious amounts of food (and feeding!), and my mother and grandmother instilled a love of cooking and eating in me. If you visit a Turkish household, you are fed first thing (or at the very least, offered food as soon as you get through the door). When I was young, I got into watching cooking shows & reading cookbooks – but I actually did not consider it as a professional career at first.

I started an art foundation course in my late teens, with aspirations towards becoming an interior designer. Needless to say, I didn’t last. I finished my year (and passed it), but decided to take a chance and start the Professional Chef’s Diploma at Westminster Kingsway. Within a week I knew that this was it. I have never looked back.

My first job in the industry (post-college) was with Peter Gordon. On the day of my trial, as I walked down the stairs to the kitchen at his late restaurant the Providores, he stood at the bottom and sang to me. I stayed with him for 5 years. He taught me everything I know about working in a professional kitchen, and it is his voice I had in the back of my head when setting up my own team and kitchens.

Again, my number one influence has been Peter Gordon – he really shaped my kitchen ethos, and I grew up and came into my own in his kitchen. But I must give a shout-out to my nana in Northern Cyprus as well – at 89, she is still going strong in her outdoor kitchen, rolling out the most amazing böreks.

I am in that funny post-opening phase (Oklava x Arcade opened just a few weeks ago) where I have my hands full with what is right in front of me. With three kids (restaurant-kids, that is) I am concentrating on the here-and-now, rather than looking too far ahead.

Find a restaurant where you really love the food, and get yourself a place on the team. Learn your craft. Eat out often.

I spent two nights at Coombeshead Farm in Cornwall recently. I went last year, and it was hands-down my stand-out meal of 2018. This year did not disappoint. Tom, Oscar and his team are one of a kind. I am still dreaming of the semi-dried and pickled beetroot they served up (and I don’t even like beetroot).

Apparently, Santiago Lastra (Rene Redzepi’s right-hand man at NOMA Mexico) is opening up a place in London, Kol, before the end of this year. Lastra’s globetrotting, in combination with an (inherited) dash of Redzepi’s relentless imagination, should create fireworks.

This is an easy one: Istanbul. It’s a place I keep going back to, each time trying a mix of both traditional as well as more modern restaurants. It is the traditional Turkish places which blow me away every single time – the produce, attention to detail, and pride taken in method and preparation are absolutely stunning. Our absolute favourite from our most recent visit was Kokoreç – lamb intestine kebab, a typical street snack. It was a revelation.

Ben Marks at Perilla is on his way to the top. I thought his cooking on Great British Menu this year was some of the best – visually, and in the amount of thought and consideration he put into each dish. And I was absolutely blown away by a meal I had at Perilla recently. It was a stunner. 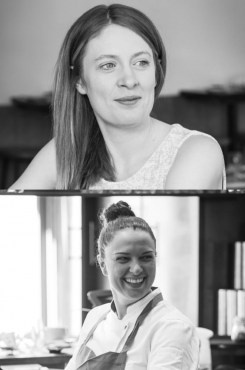 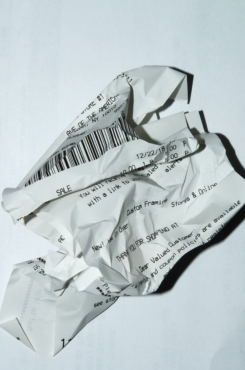 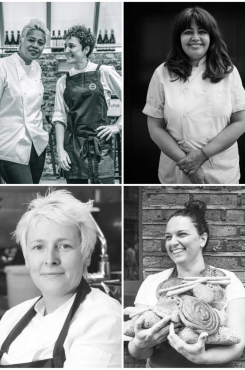