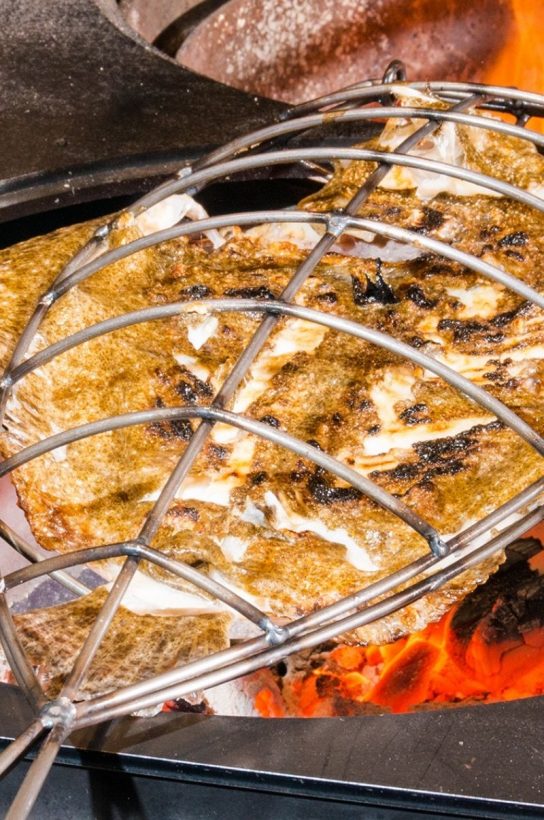 It will be a while until Brat’s sister restaurant opens in Soho. There’s no guarantee it will at all. But that’s the plan – chefs Tomos Parry and Ben Chapman have confirmed they’re in talks to secure a second property in London’s culinary epicentre, and it could launch before the end of the year. Parry and Chapman said the new restaurant will be “similar” to the original, a Welsh-inspired grill restaurant merrily fabled since its conception in 2018, but not a carbon copy. Chapman said to CODE: “If you like Brat, then you’re gonna like what Tomos is doing next”. This is most likely. His team was cautious about going into any detail and didn’t say anything beyond what was reported in Eater: “We are looking at sites but nothing is signed yet. Even once we do have a site it could take me six months to design the restaurant.” Evidently Parry, who has also seen success at his London Fields pop-up Climpson’s Arch, and Chapman, who is also behind the acclaimed venues Kiln and Smoking Goat, aren’t intending to be hasty. We hope the restaurant does materialise in 2022. There’s still plenty of room for proper cooking.

Jeremy King sent a note to staff over the weekend explaining Saturday’s Mail story about Corbin & King’s supposed insolvency, which had a few people worried. In the message, which was seen by CODE, Mr King said the company is in a dispute with the main shareholder, but said there was no question of the company being in financial trouble. Last week, the restaurant group filed a motion in the High Court to stop its majority owner, Minor Hotels, calling in a £35 million loan, which would have forced the company into insolvency. The company was filing to prove it is solvent, and did so to better secure its position in a court case. Yesterday, The Sunday Times reported Corbin & King has lined up an investor from New York to allow it to cut ties with Minor, but talks have hit a roadblock. He also told the paper it is “not unusual for shareholders to have a difference of opinion” but it was a shame because “the restaurants are performing so well”. Also this week, Corbin & King’s legal case against its insurer Axa will be heard in the High Court. The company brought the action over Axa’s refusal to pay out for Covid losses. The case could yet set a benchmark for the industry.

The Miller of Mansfield in Goring-on-Thames, Oxfordshire, has become the latest high profile victim of a rent increase. Owners Mary and Nick Galer, who have run the riverside restaurant for the past eight years and have won a slew of accolades – including the readers’ restaurant of the year in 2016’s The Good Food Guide – along the way, said their landlord has proposed a lease renewal which includes almost a 90 per cent increase in rent. “It’s been a rollercoaster few months that looks like it’ll end with us having to walk away from eight fabulous years of hard graft delivering our passion and vision at the Miller, and as part of the Goring & Streatley community that’s also our home and where we’ve raised our boys,” said Nick. A spokesperson for the landlord Stonegate said: “The lease agreement on the Miller of Mansfield is due to expire and the property will be transitioning to our managed division.”

In more joyful pub news, Gary Usher is one step closer to getting his. The [insert ‘outspoken’] chef has been chatting about opening a pub for some time and tweeted last week that he’s just had an offer accepted. [Insert joke about crowdfunding]. Anyway, more seriously, we’ve no doubt whatever transpires will be excellent.

Keep an eye out for Camberwell’s upmarket grocery store, Gladwell’s, which is due to open in spring. To come are the usual classics – Neal’s Yard cheese, Flor pastries, Fosse Meadows chickens, rich and earthy coffees. Also, the building used to be a bank, and in its vault will be a natural wine cellar and bottle shop. Sort of like The Ned?

Those familiar with the Portobello restaurant Fiend will have heard of Rishabh Vir and Tim Lang. The duo are getting ready to open a wine bar called Caia, also in W10, and there’ll be a focus on Old World wines, live music, and, not for the first time in this bulletin, cooking over fire. A basement space will host Q&As and guest DJs.

The Set Collection has announced the addition of four new properties in Asia to its portfolio. The company will now feature properties from The House Collective by Swire Hotels, including The Opposite House in Beijing, The Upper House in Hong Kong, The Temple House in Chengdu, and The Middle House in Shanghai. Jean-Luc Naret, CEO of The Set Collection, said: “I cannot think of a better group of hotels to be our first new members than The House Collective.”

Mark and Shauna Froydenlund will step down as joint chef-patrons of Marcus restaurant at London’s Berkeley hotel after five years. The husband and wife team plan to return to Northern Ireland to raise their family and take over a family restaurant, while also looking for a place of their own. A post on the restaurant’s social media said: “Over the last 15 years, they [Mark and Shauna] have become an integral part of the Marcus Wareing family, culminating in a hugely successful chef-patron partnership in 2017. Along the way, they collected a shelf of trophies and awards, represented the restaurant on Great British Menu and continued to pioneer the very best in British fine dining. We will miss them dearly, but Mark and Shauna’s legacy will remain in the fantastic team they have nurtured over their time in our kitchen.”

Great British Menu returns next month and we’ll finally get to see the show’s new-look judging panel, now made up of the Mowgli restaurateur Nisha Katona, chef Tom Kerridge, and comedian and Off Menu podcast presenter Ed Gamble. All will join host Andi Oliver for GMB’s 17th series. Kerridge, who won the main course round in 2010 and 2011, said: “I’ve been involved with the show in some respect now for 12/13 years and I know how much it means, not just to the chefs that compete, but also the British food scene in general. It has been hugely influential, in terms of letting everybody know how great chefs and cooking is up and down the country, in all the nations and regions.” This year, chefs will compete to win the chance to serve their dish at a banquet at Alexandra Palace in north London. 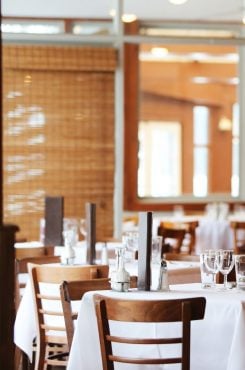 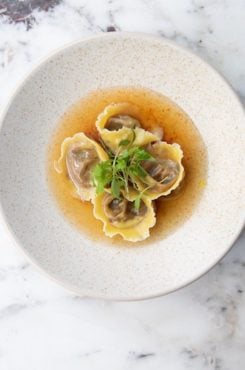