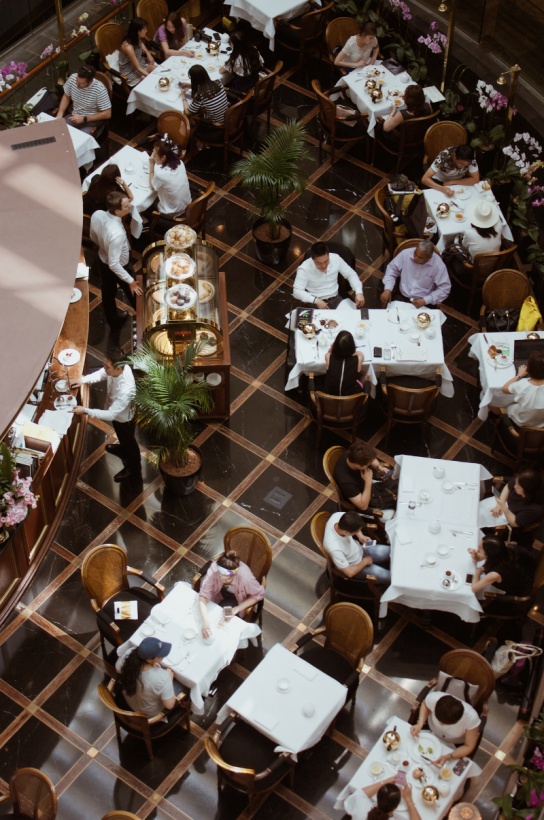 Claridge’s will part company with Daniel Humm at the end of the year due to a disagreement over vegan dining. The Swiss chef, who opened Davies & Brook at the hotel in early 2019, wanted to do away with meat at the one-star restaurant, just as he did at his flagship New York restaurant Eleven Madison Park in the summer. Rumours of Humm’s departure, and the closure of Davies & Brook, had been circulating. The situation is now clearer. Humm, 45, said this after the news broke: “The future for me is plant-based. This is our mission and what we stand by as a company… It is with sadness now that we’ve mutually announced that we will go our separate ways at the end of this year. Standing behind this mission, and what we believe in, is most important and is unfortunately not something we can compromise on.” Claridge’s has also put out a statement detailing its position. It read: “We completely respect and understand the culinary direction of a fully plant-based menu that Daniel has decided to embrace and champion and now wants to introduce in London. However, this is not the path we wish to follow here at Claridge’s at the moment, and therefore, regretfully, we have mutually agreed to go our separate ways. Daniel has been a long-standing friend of the hotel for many years and we wish him nothing but continued success as he spearheads this bold new vision.” A new restaurant will open in 2022.

London restaurant openings show little sign of slowing down. One to watch most definitely is Where’s Fred’s, a “day-to-night” café and wine-bar launching in the City on 1 December. Breakfast and lunch dishes will move from pan con tomate and truffled egg croissants to sandwiches, and then to spaghetti vongole and steak and vintage cheddar pie. By night, expect oysters, charcuterie boards and small plates, as well as low intervention wines chosen by founder Chelsea Finch – best known for her café brand District – with help from The Pem’s Emma Underwood. Finch said: “Where’s Fred’s is an evolution of the things District does so well for daytime – those easy, satisfying brunch dishes that everyone loves, and seriously good coffee – with the addition for evening of great classic cocktails, sociable, shareable food, and of course amazing natural wines.”

A new female-focused pub will launch in Marylebone with the aim of supporting women in hospitality. The Flowerhouse, from former Made.com chief creative officer Jo Jackson and the team behind the Light Bar in Shoreditch, aims to champion women “from all backgrounds” and “all ages” to help them get a foothold in the industry, or progress within it. The Flowerhouse will offer apprenticeships, training schemes, and will feature flexible working hours for mothers returning to work. From January, alongside an extensive wine list and craft beers, food will launch, and will have a “flexitarian twist on a classic pub menu”. Jackson said: “We’re super passionate to revive this classic pub that not only is a space where a woman should feel entirely comfortable having a drink there on her own, but somewhere that can hopefully help make a difference in an industry still predominantly run by men.”

Lockdown gave Peter Sanchez-Iglesias a unique opportunity to design a different kind of experience at his Bristol restaurant, one far removed from traditional dining. He’s bought in chef Zak Hitchman from Ynyshir to run the show, with a £180 multi-course tasting menu of Asian/Japanese-influenced food that “celebrates sound, smell and film” in an all-black room with the music turned up. Sanchez-Iglesias is currently spending most of his time overseeing Decimo at the Standard Hotel.

Sam Buckley is finally ready to open Yellowhammer, his new bakery, pottery and deli in Stockport. The chef patron of Where The Light Gets In, who also runs the collaborative community growing space The Landing, will launch the concept in partnership with potter Joe Hartley and baker Rosie Wilkes. The space, in Stockport’s old town, will also occasionally turn into a pizza and wine bar in the evenings. Yellowhammer is due to open later next month.

Dipna Anand will take over a restaurant in the east wing of Somerset House on 24 November. In association with Restaurant Associates, the chef will serve Punjabi and South Indian cuisine, with all-day dishes such as “samosa chaat blast”, makhani chicken, and “dynamite wings”. There will also be a brunch menu and thalis. She said: “I am super excited to be opening my new restaurant in the heart of London at Somerset House. Dipna’s Restaurant & Bar promises to bring you an Indian dining experience nothing less than brilliant. The menu is a true reflection of me and my family’s heritage dating back to the 1950s.”

Tom Cenci, whose south east London pub Loyal Tavern was one of many victims of the pandemic, has been appointed head of food for 26 Grains at Neal’s Yard and its sister restaurant Stoney Street in Borough Market. Cenci has been operating a residency at Stoney Street for almost a year and will now continue his concept at both, trumpeting British produce and extolling the virtues of sustainable cookery. His nose-to-tail menus will make use of “unsung off-cuts”, recycle coffee grains, and will repurpose food that might otherwise be consigned to the bin. He said: “I hope to bring my experience of running top kitchens throughout London and help the brand achieve new goals.”