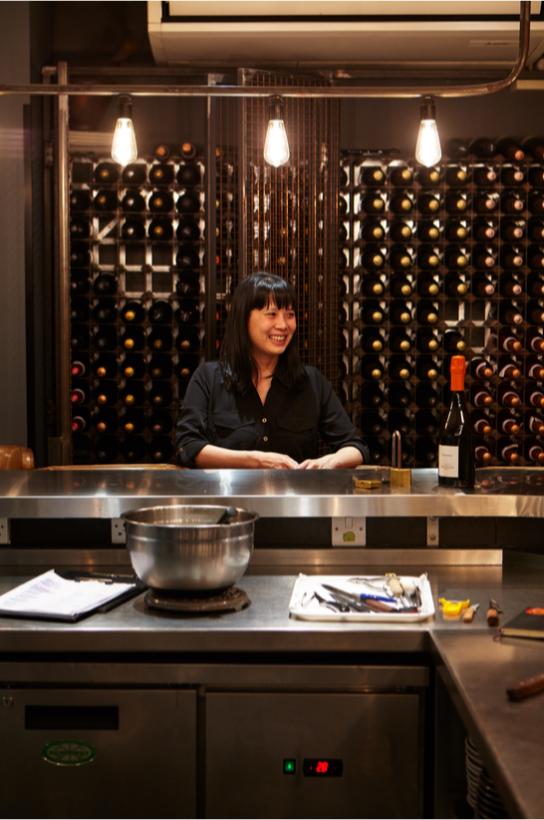 Mark Andrew: The man who ran this as a wine bar before we opened Noble Rot had most of the wine in the corridor near the kitchen… all warm and bright, not very well stored at all! The cellar itself is ideal storage, you can feel the temperature, it’s beautifully ambient.

Dan Keeling: This building dates back to 1701 and it has been a grocer’s store in the past, so there would have been vegetables down here. There is one archway that’s all blocked off: we imagine it’s a plague pit… or maybe there are bodies down there from a gangland murder…

MA: All the bottles have a number on them, and it’s based on our own geographically based system. That makes it easy – the runners don’t have to have any knowledge of what the wine is. They know that this is 07 (Germany), 04 (Provence), and so on. So we won’t have a Hawksmoor mistake…

DK: If I was trapped in here I’d have a bottle of Roagna, a 1988 Barbaresco. I had a bottle the other day and it was the perfect synthesis of roses and cow shit! As only a really, really good old Nebbiolo can be. It’s quite hard to find old Italian wines with a bit of bottle age that aren’t oxidised or badly stored. I was expecting it not to be in amazing condition but it was just perfect.

Sandia Chang, co-owner and sommelier of Bubbledogs and Kitchen Table, at the champagne storage wall in the Charlotte Street space

Sandia Chang: When we first found the space, I had plans for a nice little cellar downstairs, a really cool little space – then when I saw the plans somehow James had taken over and there was a dry store down there!

I was left with this wall between Bubbledogs and Kitchen Table, which actually looks great. We keep all the champagne here, plus a fridge at the bar. There’s nothing special about storing champagne, it’s the same as storing wine really. But obviously in any cellar you need to have some organisation. So over here it’s all the by the glass that we stock, on that side all by the bottles.

I’m always on the lookout for new champagnes – it’s the fun part of my job. I might be with an old producer and they will say ‘Oh listen there’s a new young guy in town, making great champagne and you need to go taste’ – that’s usually how I find new things. The whole reason we did the recent renovation is because we wanted to highlight the champagne list more. Because our restaurant is focused on one drink it’s so nice that when most people come in, they know exactly what they’re coming for. You don’t have to convince them to try something, which makes my job a lot easier.

But I still struggle to get some of the clientele to drink something they’re not familiar with. The City boys who come in want the Krug – and anything that’s less than £200 they think is shit. We do not sell Krug and Dom Perignon! At the moment I am totally a big fan of Marie-Courtin, a female producer, from the southern part of Champagne which is not very famous. She makes this particular one with no sulphur, which is very rare in champagne because it makes it very unstable. I describe it as tasting like Cinnamon Toast Crunch cereal!

Vladimir Olaru: We have customers who have been coming to the Guinea Grill since before I was born, and they have particular things in mind so we have to have those bottles. Basically the wine here sells itself. Our cellar goes around geographically, starting with Portugal and Spain and finishes with California, nothing from Hawaii… yet!

Oisin Rogers: We do have some unusual wines, and our biggest selling wine in pound notes is Lebanese. It’s a particularly good wine to go with steak, but we sell a huge amount of Bordeaux too. This has been a wine cellar a long time. The pub’s been here since 1423, it’s been the Guinea Grill since 1675 and this wine cellar was definitely in use before WWII, and we know that because some people who come go back to that period. We keep the temperature and the humidity consistent, it’s about 18 degrees down here and that’s what you want. We actually have some customers who keep their wine here too – there are a few bottles of nice bits and pieces belonging to them. All in all, there are 285 different bottles on at the moment, a very eclectic mix, although a connoisseur would say we are very old-school.

VO: One of the regulars liked a particular vintage of a wine, we told him we had 18 bottles and straight away he bought 12, as sommelier I must make sure we have what the customers want. For me, I’d drink the Mouton Rothschild 1995 if I could. Is there any excess here? Trust me, I have seen things here, you would be amazed… There are people who come for lunch and have all these amazing different drinks, then realise it’s 7pm and think, oh we’re hungry, we’ll carry on. That’s normal for here – although no one has done all the way through from breakfast yet.

OR: My favourite wine is always a dessert wine and I recommend finishing a meal with the 2006 Chateau d’Yquem and some blue cheese – although there’s a 1.75 litre bottle of 1980 Warre’s port over there…

Bert Blaize: I inherited this open wine storage as I only joined the restaurant two months ago, but I love it, the way you can see every single label in the list. A lot of people like to pick wine by the label … it’s fine because it’s a well curated list so you can’t go wrong anyway!

I love wine shops in Italy, the kind when you walk in and the wine list is the wall. You can see everything and it’s more of a connection between the wine and the food.

My main task right now is spring-cleaning the list because there just hasn’t been anyone here full time looking after the wine … and I don’t think the list properly reflects the restaurant and what it’s about. St Leonards, as well as the bottles you can see, has kegs which allow us to pour some wonderful wines by the glass. When I got here it was like a list for sommeliers – Greek and weird grape varieties that no one had the confidence to say, so I have to make sure it’s really approachable. Because of our location we get a lot of City boys coming down and it’s good to have good Bordeaux references, for example. There’s so much joy to be had from the Bordeaux region and I don’t know why its uncool at the moment – there are enough natural wine bars in east London already!

I work across the group’s three restaurants; luckily Brunswick House has an incredible cellar space and Jackson [Boxer] has been buying for years and years, so he’s got a great collection and he’s got access to great allocations as well.

I’ve been playing around with the Coravin and opening up some old classics, but if I had to choose one bottle to drink, it would probably be either the Gravner Ribolla 2009, an orange wine – or could be really vain and have the wine I blended myself a couple of years ago … 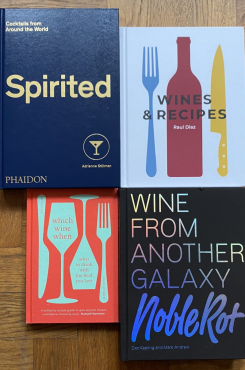 On the shelf, the drinks edition 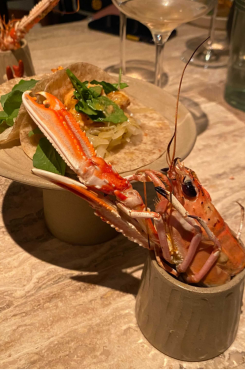 The best things the CODE team ate this week: 23 October 2020 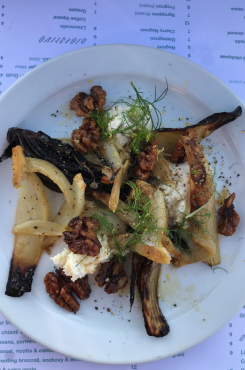