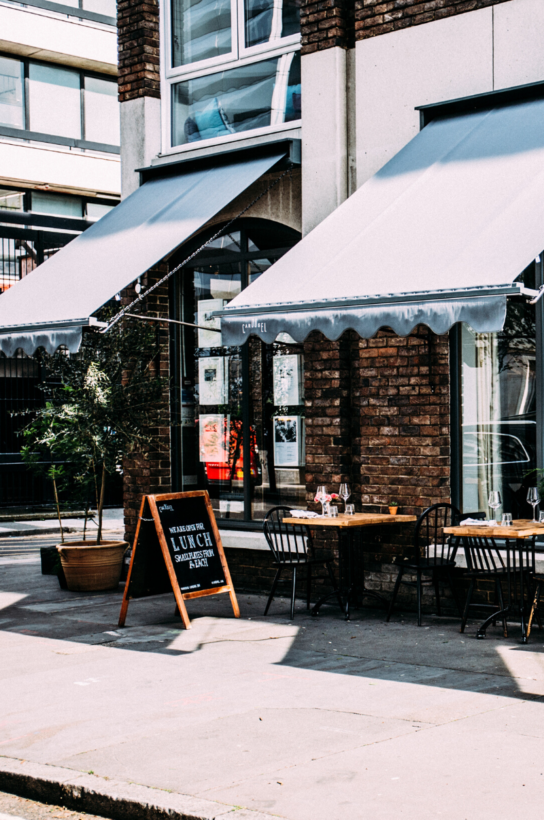 It’s the London restaurant unlike any other. At Carousel, as the name suggests, there is an endless rotation of guest chefs – much to the delight of curious diners. After five years and 150 different names in the kitchen, co-founder Ed Templeton describes the secret of its success

London really is open. That’s something we’re reminded of every day when we speak to different chefs from around the world and hear them talk excitedly about the prospect of cooking in this city. When we print out the bookings before service and realise the number of different countries our guests are representing; or when the guest chef that week forgets to order a niche South East Asian herb, so we send one of our team out to buy it, and they return on their bicycle, 40 minutes later, with three different varieties and change from a tenner.

We may be tucked away on a quiet Marylebone side street, where traffic wardens come for a sit down and a smoke, but like everyone else in this industry, we’re confronted with London’s gloriously cosmopolitan reality every single day, and in our own small way we’re contributing to it too. There can’t be many other cities in the world where a place like ours would still be going strong, five years and 150 guest chefs later.

We didn’t make life easy for ourselves. One sitting, with shared tables, no-choice set menus paid for in advance… It shouldn’t work, but somehow it does, and that’s almost certainly down to the magic of shared experiences. Nothing brings people together like food and drink, and when you add in pre-show levels of anticipation for a guest chef who’s flown in from Mexico City, or Kuala Lumpur, the morning before, we’ve seen that you end up with something even more intoxicating than a regular meal out. Before the first plates go down, the chef steps out of the kitchen to tell you all about the menu that you’ll be enjoying at the same time as your neighbours. You don’t have to talk to the people next to you, but you might make new friends if you do.

All that stuff you read about Millennials ditching materialistic things for experiences? There’s some truth in it. Beyond the restaurant, where dinner is a kind of theatre, we’ve had people biting our hands off for tickets to all sorts of workshops, from food photography masterclasses with David Loftus, to miso-making with Nancy Singleton Hachisu.

There are plenty of people who’ve never eaten at Carousel; instead they come to whittle spoons, plant terrariums, or learn how to draw real life barn owls. The only common thread, is the desire to ‘do’. The end product (a plate of food) is no longer enough; increasingly we’re seeing that it’s the opportunity to learn how to cook it, or craft it, that people are after.

The same goes for the events that we put on for brands. Thankfully the era of purple-tinged uplighters, Brakes Bros mini burgers and parsimoniously poured room temperature chardonnay is very nearly over. It will come as bad news to manufacturers of transparent electric violins, but it turns out people want to do something authentic with their evenings, even when they’re at work.

We’re used to hearing people wax lyrical about the sweetness of San Marzano tomatoes, or the marbling on a slab of dry-aged Galician dairy cow, but one thing that really stands out from over the years is just how impressed the visiting chefs always are about the quality of British produce, particularly the Americans, who’ve presumably had their fill of chlorinated chicken.

It’s our job to get hold of the very best these isles have to offer, and this is where local knowledge comes into play; the result is this wonderful mash-up of imported ideas with rigorously sourced UK ingredients. That’s how you end up with memorable oneoffs like the smoked Cornish sea trout ‘warayaki’ with soy-cured egg yolk, that Carl Ishizaki from Stockholm’s Sushi Sho served on his menu. Dishes like that are part approximation (flavour-wise, there’s probably little to choose between sea trout and the Arctic char he’d use back home), part inspiration. Like many chefs we’ve cooked with, Carl based his menu on what the day boats were bringing in each day. We just told him where to look.

Carl is actually a great example of another Carousel phenomenon: the Japanese effect. Fish guts, gruel, foot jelly… Put the word ‘Japanese’ in front of pretty much anything and it’s not hard to imagine Londoners queuing around the block for it. Or so it would seem. Fortunately for our diners we’ve never put that to the test – the most ‘out there’ thing we’ve ever served in the name of all that is good and Japanese is monkfish liver, which is utterly delicious – yet the Japanese and Japanese-inspired chefs we’ve had over the years have always guaranteed full houses and clean plates, which is surprising given the sheer volume of Japanese restaurants that London already has to offer.

The same goes for sake. You can find it in Aldi these days and yet our guests take to it like it’s this elixir of eternal youth. That’s partly because it’s true, sake really is a wonderful thing, but Londoners’ appetite for all things Japanese shows no sign of abating, no matter how many Wasabis they open over the road. So why not just open a Japanese restaurant? The answer to that is easy – it would get boring. Ed runs Carousel with his younger brother Ollie and their two cousins, Anna and Will. 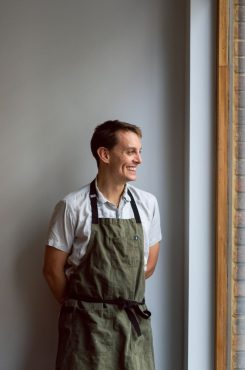 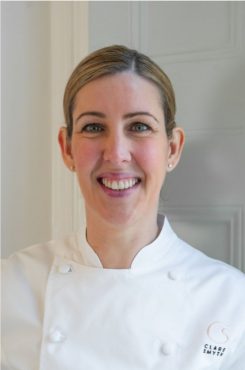 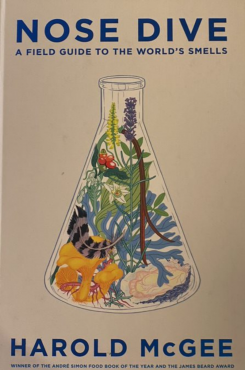