Airports could learn something from restaurants 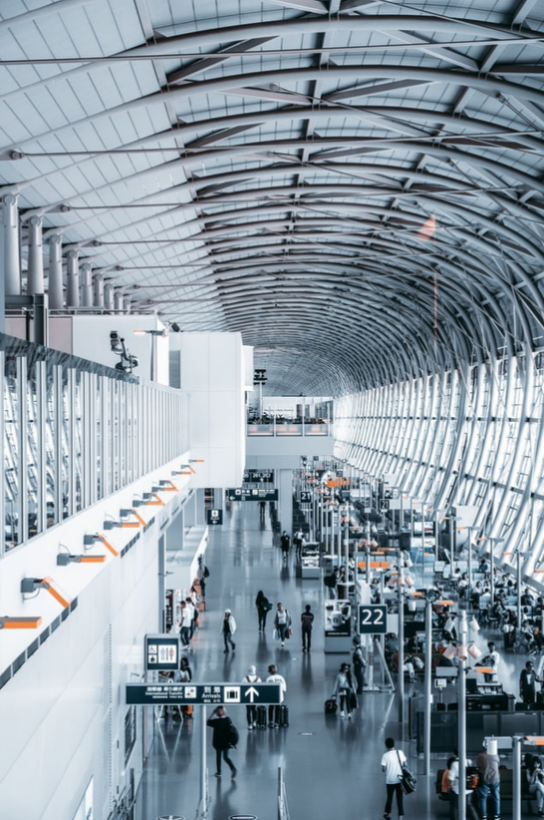 CODE founder Adam Hyman reports from the red-eye flight on his way across the pond back to London. He thinks about what airports could learn from restaurants.

Settling back into my BA red-eye flight on Friday evening – after a quick connection at JFK back from Mexico – I weighed up that dilemma when flying back from New York. Do you just hope to fall asleep as the 747 is taxiing and wake up before landing? Or stay up to enjoy a glass of something and eat what is meant to resemble dinner before a film?

I opted for the latter on this flight as I had to pen my welcome speech to our 30 Under 30 dinner at Claridge’s . For anyone that’s experienced Homeland security, especially when flying in and out of New York – it’s a stark reminder not only how vile airport travel can be but also a lesson in hospitality. Or rather, not hospitality.

As I was barked orders at like I was some sort of imbecile about how to remove my shoes and shouted at as to how I should place things into the containers that get scanned, a number of things struck me.

Now, I appreciate this must be a tedious job – but an incredibly important one. And you probably have to deal with a lot of people on a daily basis who really grate on you. But hey, who doesn’t? As I walked through the scanner machine, shoeless and beltless, I started to think of other jobs where people could get away with talking to, and treating, ‘customers’ like this.

Yes, we are travelling at a time when security is at an all-time high. However, let’s not forget we’re also in paying – and often large sums – to travel through an airport. Imagine walking into a hotel, a restaurant or a bar and being spoken to in such a way. Do countries ever stop and think of the soft power element of security and that this is often the lasting impression travellers have of their visit, whether business or pleasure. Countries and governments spend millions in wooing tourists and businesses to their cities but yet seem to turn a blind eye in how these visitors are treated when they’re leaving. As we all know from hospitality, why wouldn’t you want to send punters merrily on their way as opposed to leaving them with a bitter taste in their mouths?

We all experience hospitality in varying degrees every day. From your morning flat white on the way to work to being offered (or not, in some cases) a drink when you go into a meeting. As we reached cruising altitude and the seatbelt lights were switched off, I wondered if maybe the Homeland employees at JFK would benefit from a few days working in a leading restaurant or hotel to not only understand hospitality but open their eyes to winning people round. Some of the best hospitality I’ve experienced is when a situation needs to be turned around.

We all know that if you’re spoken to in a certain way and made to feel welcome – as a customer, you’ll behave in a better way. You feel treasured, important, happy. After all, are we not ultimately trying to do one thing when it comes to hospitality – make people happy and give them a good time? The act of giving hospitality in this way has to be far more rewarding than aggressively hurling abuse at passengers?

Hospitality expands beyond the four walls of a restaurant or a hotel. Airlines could also learn a lot from our industry. I might start flying with copies of Setting the Table to hand out to disgruntled airport workers. I better just make sure to take my shoes and belt off first.

Poster Bakes creates buns for a good cause

Everything the CODE team loved eating this week