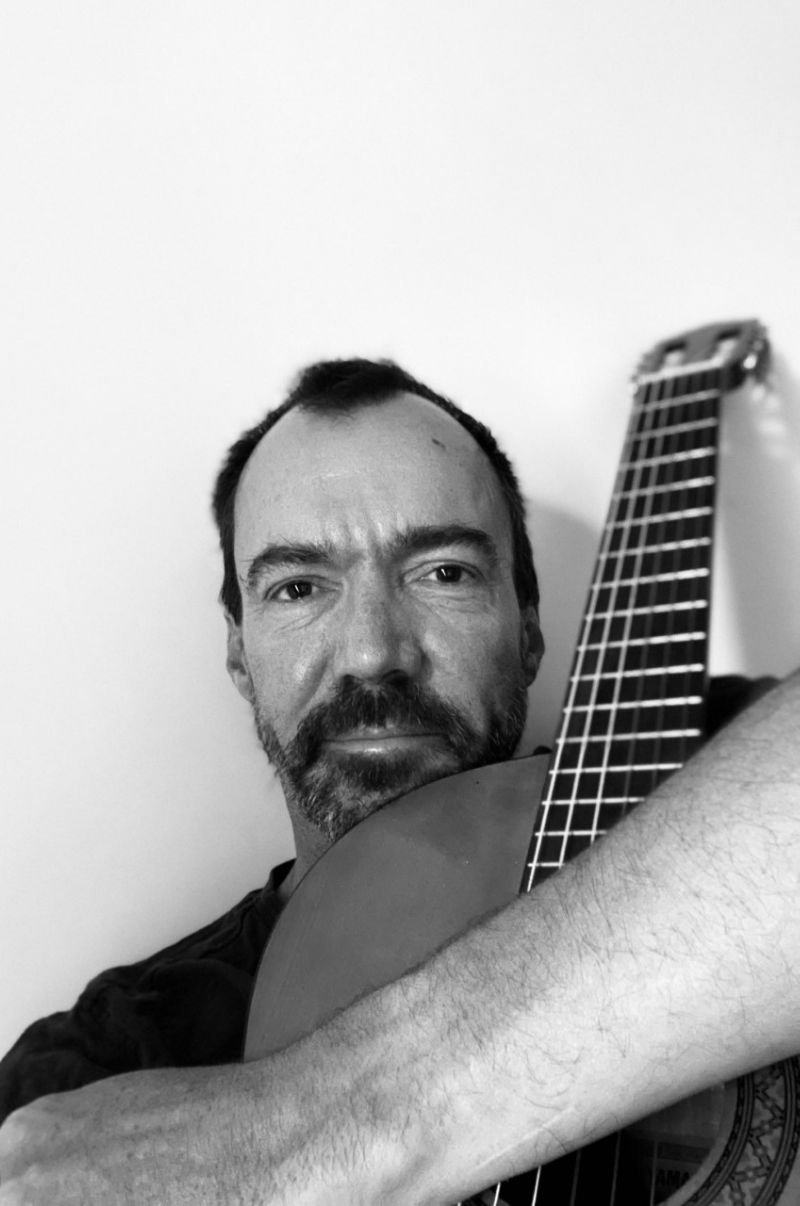 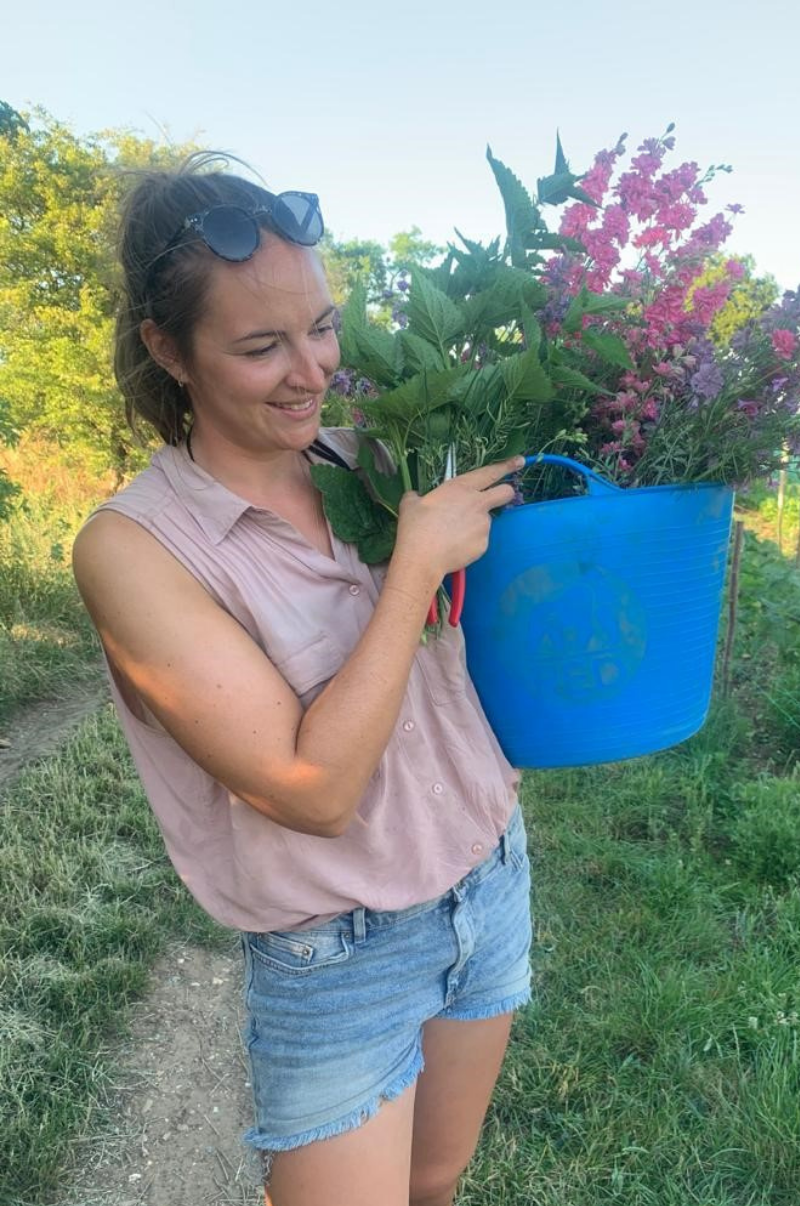 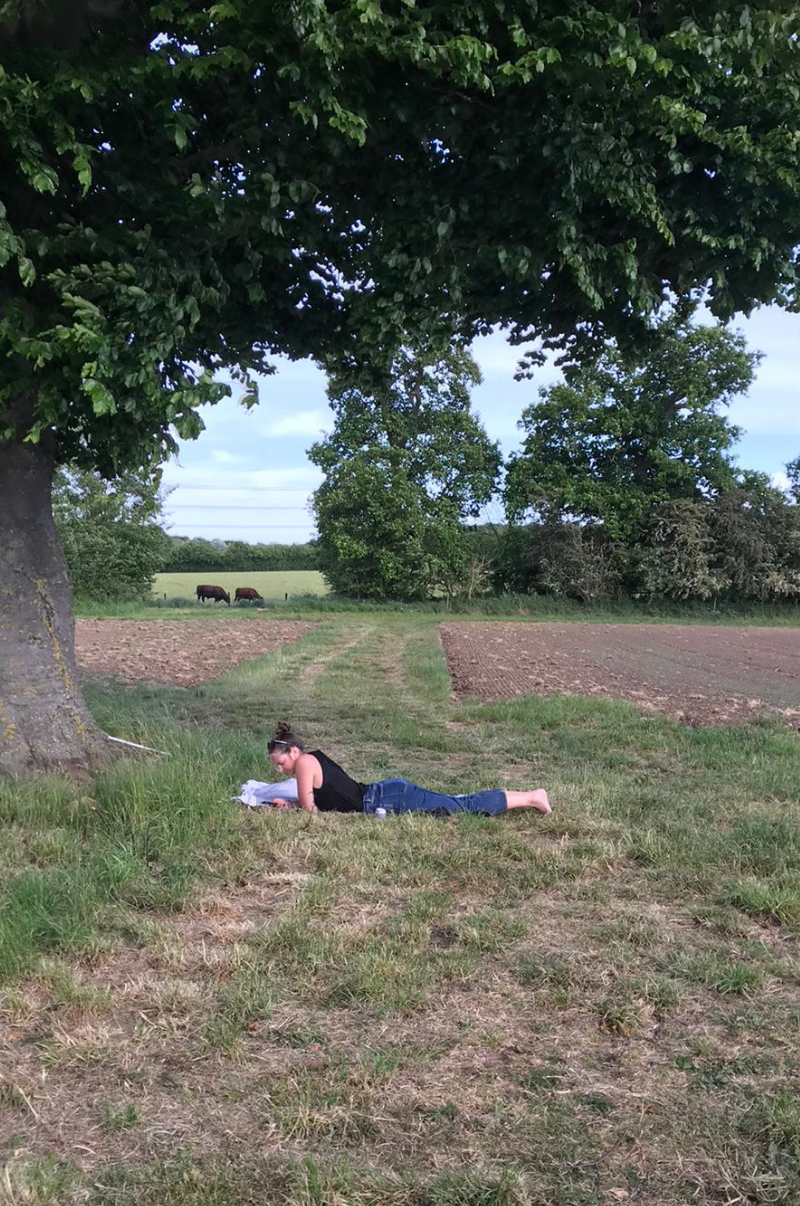 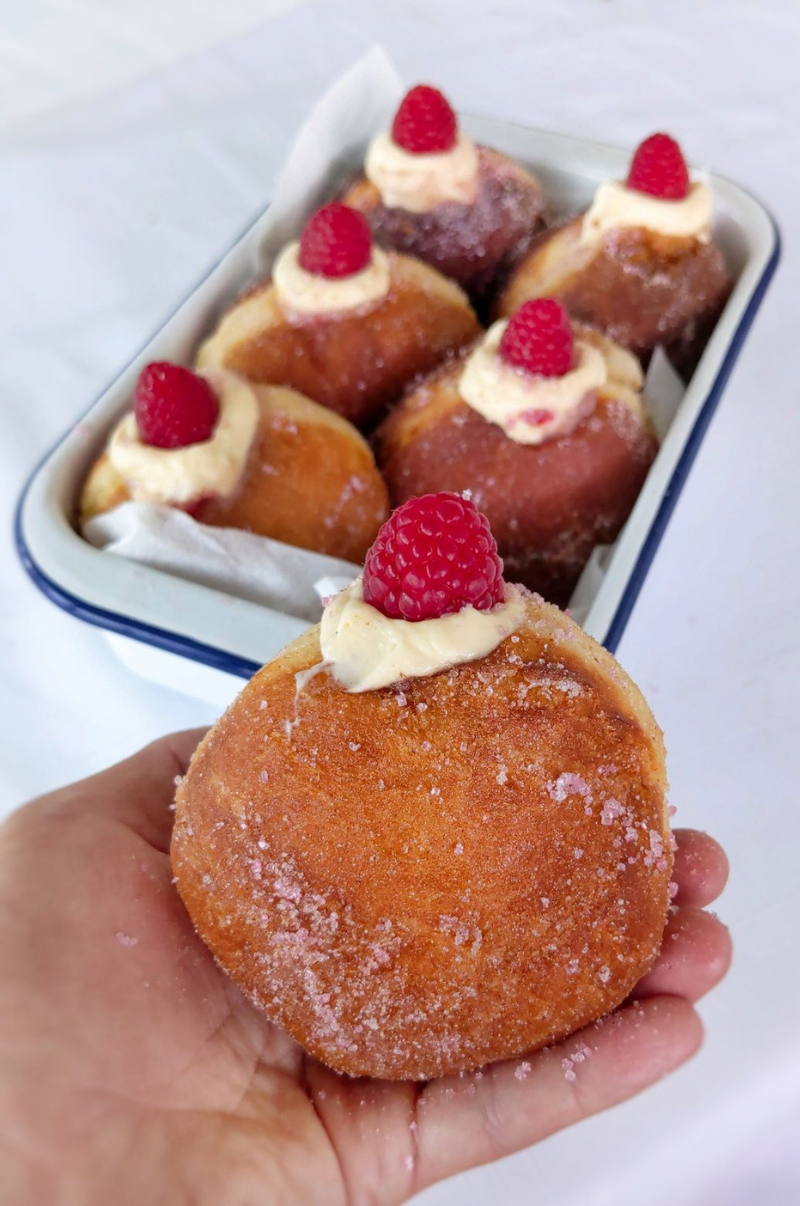 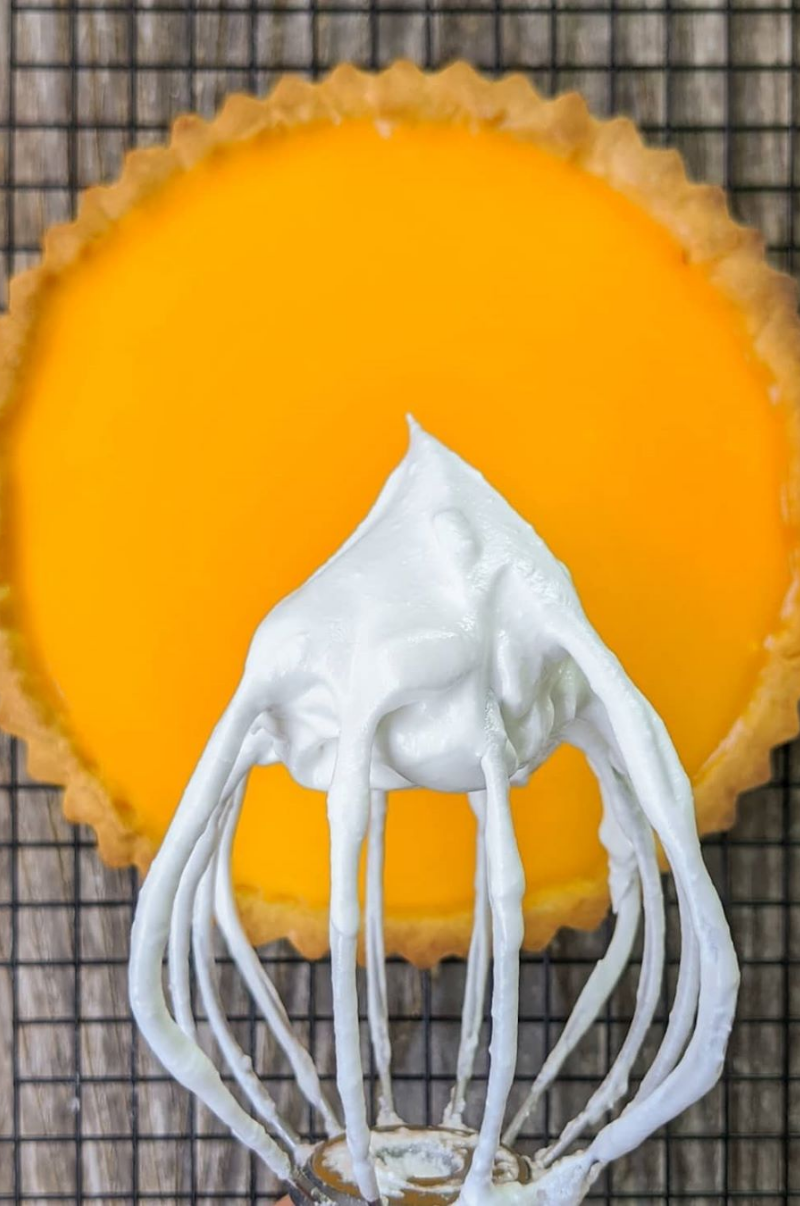 Many hospitality people spent the first weeks and months of the pandemic being furloughed or without their usual working patterns. Whether they spent that time relaxing or doing something more energetic is not for anyone to judge, but mastering a new skill is an impressive feat. Harriet Prior speaks to three individuals about their learning curves

Like many in the hospitality industry, Nick Gibson, who runs north London’s hugely popular Drapers Arms and tirelessly raises money for charity, felt as if he had “lost a limb” when the pub closed its doors during lockdown. So Gibson decided, to  keep his mind occupied, to learn guitar, although he’s  keen to  emphasise  it’s not a skill he’s perfected yet!

I was initially taking full advantage of the one hour of exercise, but I broke my foot running after about three weeks. Learning guitar is always something I’ve fancied but – without being too down on myself – I’ve always been a person with a long list of things to do in life and I just haven’t got round to them for whatever reason. I thought it would be nice to try something genuinely different and challenging that I have zero aptitude for.

On social media, we all see people going ‘oh I’ve just learnt a new language, saved some starving children’, whilst the rest of us get out of bed in the morning, faff, check social media, waste time and then beat ourselves up about stuff. So, I wanted to do something positive, engaging and different that would give me a sense of achievement and pleasure.

A decent acoustic guitar is not too expensive, so  really accessible  and it’s a cool instrument. I couldn’t tell a thing about whether my guitar was in tune when I started – I can now, which is part of the progress  (I bought a ‘Guitar for Dummies’ book).  I’ve even got favourite chords now!

I initially practiced for half an hour or an hour a day, but I’d put it down and not much after I’d think “oh, I can do that better” and pick it up again. It was fabulously engaging  in the sense that it was hard, but measurable progress could be achieved and it’s reasonably obvious when you’re doing something less well than you can.

Learning to play the guitar is something I want to keep up after lockdown. It’s given me a huge amount of pleasure and I’ve always done a lot of things that are reasonably passive, for example, I love food and drink. What that means is, I love consuming the labours of other people’s work. You say it’s a hobby, but it’s  really just  an indulgence and at work, I have a team who do the vast majority of the work. So, it’s nice to have something I can feel I’m applying myself to, getting better at and enjoying. I wouldn’t say anybody else is going to hear it, it’s going to be kept very much in my private space for a while. I do shut my windows still…

It’s a good reminder that you get out what you put in, and it’s good that you can always have things you can start whatever stage of life or whatever else you’ve got going on.  I’m historically tone deaf, so it’s nice to know you can stretch yourself in an area that’s not your comfort zone.

Broadly speaking though, lockdown was  really hard. The joy of what we do and why we do it is that we get to work as a team and get to be part of people’s lives where they are having fun and we get to contribute to that. In no small way, we get incredible feedback of pleasure and joy day in day out. To have that vanish from my daily life was like losing a limb – I feed off the joy that people bring to my life so that was hard.  But, we’re back feeding people and looking after people. It’s different but we’re back and getting such amazing feedback from people.

As restaurants closed and CODE went into a period of hibernation,  like the rest of us  partners & memberships manager Chloë Hamilton was faced with the prospect of having months stuck at home. So, she contacted farmer–  and friend of CODE – Calixta  Killander  and went to volunteer at Flourish Produce.

During lockdown, I learnt how an organic, biodynamic, regenerative agriculture farm works and getting to grips with what regenerative agriculture  actually means  and seeing it in reality. It’s really easy to throw those phrases around, but until you’ve done the farm work yourself and seen the systems in place you can’t really understand the depth of what goes into each of the decisions and how it affects things. It’s so complicated!

It was my mum’s idea during lockdown when I had nothing to do for a month or two. She  said  ‘why don’t you go and work on a farm!’ I think she was thinking more like the stuff in the press about needing fruit pickers, but then it made me think of Flourish and I  thought I’d see if she has space available and  luckily  she did!

A lot of people talk about soil health and fertility, but until you’re on your hands and knees planting and weeding you don’t really know what it means. You can feel how light and aerated the soil is and why it’s important not to stand on the beds – even the pressure of one person’s weight is compacting the soil quality. I think things like that that sound  really abstract and boring,  but when you’re actually in the dirt you can see so clearly what soil health really means.

It was amazing to be on the farm and doing the work, but at the same time it puts you off thinking you can do it yourself – Calixta has spent years learning about this stuff and building the systems. You can’t just go into your garden and do regenerative agriculture; you  have to  have everything in place. It’s everything from having Bill & Ben (the resident horses) there, the horse manure feeding into the soil fertility  and so on.

It sounds really silly, but it’s crazy that learning how stuff grows is not a part of our education – we have such a disconnect when we go and buy something from the supermarket and don’t know how it grows or what chemicals, fertilisers are used and who picks it and what the cost of it is. It was such a privilege to be able to learn  first-hand  how it works, and how it works in  an environmentally  positive way.

It’s definitely something I want to keep doing. It’s very hard when you live in a flat with a window box on the balcony and no access to soil, but it was so inspiring that as soon as I could have a garden and grow my own stuff I would want to try and start doing it. I came back and didn’t want to go to the supermarket and buy stuff grown elsewhere in a  mass-produced  way, I want to eat stuff that has been grown in a certified organic way. The food you eat is so much more nutritious, the soil is full of nutrients and it feels so much better to eat that way and be led by what is in season . I really learnt to connect with what seasonal means.

As one of our lockdown heroes, popular industry figure  and supporter Clerkenwell Boy spent the beginning of lockdown compiling an extensive list of restaurants delivering, adapting and closing. When he saw that his friend, the bakery expert and author Ravneet Gill had started an online course with PUFF, he couldn’t wait to get involved.

Before lockdown, I had co-hosted a few events (called #OffThePassMondays) with Ravneet Gill in support of the hospitality industry. When I saw she had started an online course with PUFF the Bakery co-founder Nicola Lamb, I immediately signed up (having tasted their incredible pastry at their hugely successful pre lockdown pop-ups).

I’m not a natural baker – I hate following recipes – but I wanted to challenge myself to pick up a new skill during lockdown. At first it was quite difficult (my fridge wasn’t quite cold enough and my oven was too hot). But after a while, I found the course extremely useful for building the right foundations to create some incredibly delicious bakes. I never imagined making my own puff pastry (which took three days), laminating my own croissants (another three days), and frying doughnuts (a  two-day  process… but totally worth it).

At first it was impossible to find flour and yeast – so that was my first challenge. The other most difficult part was baking during the heatwave. I ended up doing quite a lot of prep at midnight and 5am in the morning to avoid butter from melting everywhere. There was so much butter! I also recommend getting a stand mixer if you plan to do this course (my mini Kitchen Aid has been a lifesaver)

I’m obsessed with  pies, so I loved learning how to make a simple pie dough. So far, I’ve made cherry pie, apple and blackberry pie and possibly my favourite: a potato and  comte  cheese pie inspired by chef Calum Franklin’s creation at Holborn Dining Room.

It’s  definitely something  I want to keep up. I’m just about to complete the final week of the (more advanced) second course. I’m going to (finally) start baking more from the hundreds of recipes books I have. Perhaps recreate some restaurant classics at home (St. John-style madeleines and custard-filled doughnuts have been a huge success with the neighbours).

There’s  definitely transferrable skills I can take with me into my daily life. You need to have a good foundation of knowledge in order to achieve success. Learn the basics and learn them well. Ask questions and don’t worry about making mistakes as long a s you can learn from them. Be calm. Don’t panic. Have a list, tick things off. Practice, practice, practice… and once you have the knowledge and confidence, let your personality shine!

Lockdown is a good time to conquer your fears. It’s amazing how quickly you can pick up a new skill, with the right attitude and guidance. Also don’t forget the power of community. I love seeing the bakes made by students all around the world (check out the hashtag #PUFFschool on  Instagram). I also love sharing my bakes with friends and neighbours. Food and cooking can be quite therapeutic and doing this course has definitely boosted  my mood and confidence during this difficult period.