From Brazil to Belgravia, here are the best things the CODE team ate this week 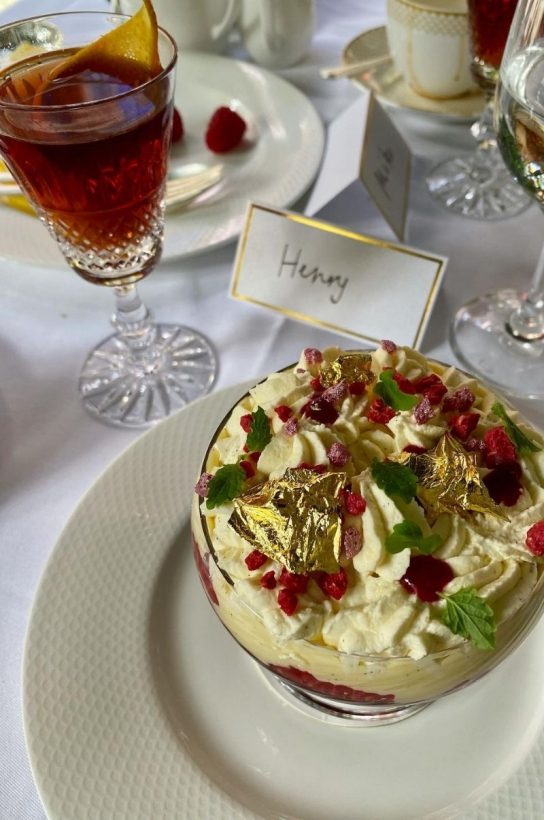 A Casa do Porco, Brazil

‘Tradition and respect’ read the neon sign on the wall as I sat down at A Casa do Porco, the pork-worshiping São Paulo restaurant currently considered Brazil’s best restaurant (and number 17 in The World’s 50 Best). The industrial interior was graffitied with words like ‘love’ and ‘life’, and the man on the table next to me was served their famous ‘pancetta with spicy guava’ inside a life-sized porcelain pig’s head. This, I realised, is a place of extremes. Married chefs Janaina and Jefferson Rueda, who run the restaurant and its celebrated sister spot O Bar da Dona Onça down the road, take concepts like ‘farm to table’ and ‘nose-to-tail cooking’ as seriously as they can be taken: all the produce and meat (mostly pork) they serve is from their own farm outside the city. The tasting menu featured pork head, pork tartare, pork jowl, pork skin, and ‘pork fish’ (the Brazilian term for hogfish). And it was fantastic, especially the main course of free-range pork, which was roasted for 6-8 hours, its skin is as brittle as candy. The cocktail pairings were pitch perfect, too, with each round highlighting a different Brazilian ingredient — jabuticaba berry, cachaça, passion fruit and pacová. If you find yourself in São Paulo, this place is worth the two-hour wait.
Rebekah Lodos, editorial assistant

Opposite what I might only describe as the most palatial Waitrose I’ve ever gazed my eyes on is Pantechnicon, a cathedral of Nordic and Japanese dining and shopping in Belgravia. While you could quite literally spend hours exploring the nooks and crannies of this place, this time I was here to try Eldr, a Nordic five-course dinner hosted every Friday night. Head chef Jenny Warner guides you through a feast inspired by her childhood in Finland. The mackerel with crispy seaweed, and the grilled lamb loin with wild garlic and oysters were my favourite courses. The drink pairings are well worth ordering too, and the non-alcoholic option also appealed. It feels like no shortcuts have been made in this place – its finesse beholds me. Yep, I’m a big fan and I’ll be back soon.
Henry Southan, social media manager
CODE was a guest of Eldr at Pantechnicon

Rarely, if ever, would I forgo the opportunity to skip down to Cornwall. Usually I head to the far west and visit the beautiful Gurnard’s Head, or the Rum & Crab Shack, a firm favourite, but this time it was Polzeath for a tour of Highpoint brewery, a beer supplier to the likes of Hawksmoor and JKS Restaurants. Safe to say the lager was crisp. Down for the ride? Karan Gokani of Hoppers fame. He used a couple of Gozneys to turn out sublime butter chicken naan bread pizza, and avocado flatbreads covered in Cornish cauliflower and silky pickles. There were spicy oysters with samphire and hefty discs of beetroot with local cheese and walnuts too, and drinks from Martin Balo, the group bar manager at Hoppers. All was sustaining before jumping into a choppy sea to try and catch a wave or two.
Josh Barrie, editor
CODE was a guest of High Point Brewery

What nicer way to spend a Friday afternoon than on the terrace at Crispin with the early summer sun beating down and wine maestro Alex Price pouring some Portuguese pet nat and an elegant white Beaujolais. The food has always been great here and chef Lewis de Haas’s menu sings with the season’s best produce: first up, deep, dark beetroot croquettes and some spring veg pickles; later, a round of queenie scallops bathing in ’nduja butter (which called to mind some equally excellent mussels with ’nduja at the Soho sister Bar Crispin). Cured trout, octopus and bavette also arrived, before a lovely rhubarb and almond tart to finish.
Chloe Hamilton, content editor
CODE was a guest of Crispin

For those living in Crystal Palace – you have yourselves a new neighbourhood gem. Fresh ingredients lead to honest Italian food served in a space with a lot of charm. A record library sits proudly ahead of the entrance where I’m told DJs will be playing most weekends. I loved the pizza, and tucked into small plates ranging from courgette fritters to chicken schnitzels (not so small!). It’s not just another boring neighbourhood Italian restaurant, that’s for sure.
Harry Cromack, accounts manager
CODE was a guest of Palazzo Bar

Britain loves a trifle. Rich layers of smooth custard, cream, fruit, jelly, booze, and a cakey element come together in a decadent, luscious harmony. The secret to an excellent trifle, you won’t be surprised to learn, is executing each of the layers to the highest possible standard. Here at a special meal on the Scott’s terrace, designed to celebrate the Queen’s Platinum Jubilee, the trifle executed and even raised those standards. ‘Twas a thing of beauty, topped with dehydrated raspberries for crunch, vanilla bean studded whipped cream and gold leaf (just because) the trifle was a beautiful and buoyant success. It’s on the menu until late June.
Mike Daw, partnerships manager
CODE was a guest of Scott’s

I’ve eaten at the fabulous RAI in Fitzrovia so was excited to visit chef Padam Raj Rai’s first London site, Hot Stone in Islington. The seafood and wagyu tasting menu takes you on a journey from sea to land, starting with a sashimi selection and concluding with A5 Japanese wagyu. The seared butterfish sashimi with red jalapeño sauce was a feast for my senses – the sashimi quite literally melted as it tickled the inside of my mouth.  I think it’s fair to say that I understand the hype around this place now.
Henry Southan, social media manager
CODE was a guest of Hot Stone Isington

There was a veritable feast at Rochelle Canteen on Wednesday night with a one-off dinner from chefs Eyal Jagermann and Tomer Hauptmann, both of whom came from some of Tel Aviv’s best restaurants before crossing paths in London and working together at The Palomar. Their plans for their own restaurant, to be called ANAN, have been a long time coming thanks to the COVID interruption, and this week’s dinner made for an even greater sense of impatience for the opening. Every dish was beautiful, from the crisp-shelled, herb-powered falafel, Jaffa style cauliflower and slow roasted aubergine ‘fillet’, to a hearty dish of grilled cabbage and black lentil ragout. Each of the three desserts was superb and it was a surprise to realise at the end that the entire dinner had been plant-based. For the many worshippers of The Palomar and The Barbary, Anan is a hot ticket incoming.
Chloe Hamilton, content editor
CODE was a guest of Anan x Rochelle Canteen

I can see why this place does so well on the app. It was my first time at KDP and loved the vibe. I can imagine it’s a very lovely space in the evenings. I only popped in for lunch but was told I must try the Korean Fried Chicken. It did not disappoint – crispy and juicy with a very garlicky mayo, lovely. The corn dogs are also a must, half American-styled hot dog, half mozzarella, fried and doused in ketchup and mustard. Very naughty. Check it out on the app, Sunday to Wednesday with 50 per cent off food.
Harry Cromack, accounts manager
Korean Dinner Party is available on the CODE app

A more paired-back version of its older sister next door, Le Pont de la Tour Bistrot opened last week so I thought I’d pop by. While I haven’t been to the original, I can say that the bistro offers some wholesome French classics, with beautiful views of Tower Bridge and the Thames. The warm comté gougeres are a good place to start – these savoury nuggets of rich melted cheese are an indulgence overload. The dressed Cornish crab and the chicken paillard salad also great ways to start proceedings. A grilled plaice and a classic steak frites awaited us next and I think it’s fair to say that we didn’t leave room for dessert. Whoops.
Henry Southan, social media manager
CODE was a guest of Le Pont de la Tour Bistrot 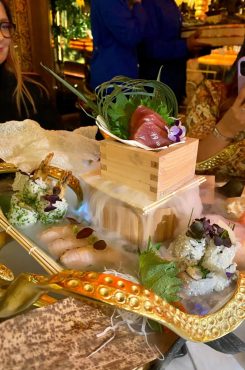 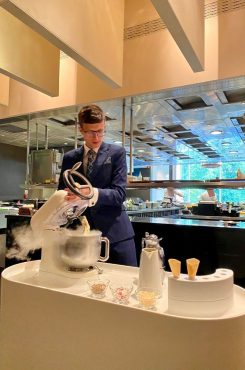 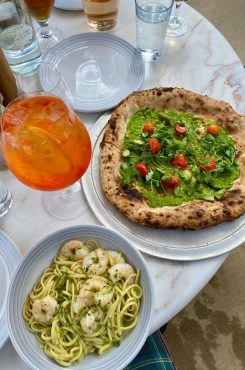