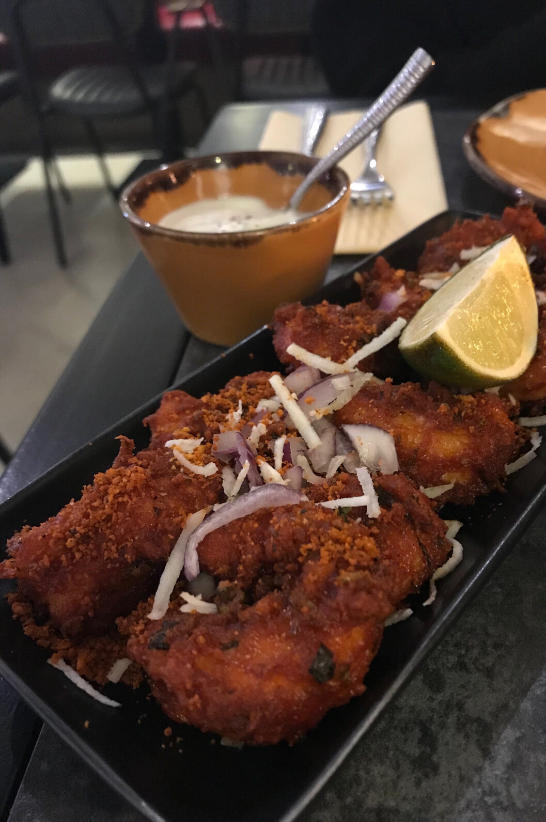 Carlo Scotto’s first solo venture opened on Thayer Street in early March and this week the Dumbwaiter headed over to try out the tasting menu at Xier – the tasting menu restaurant upstairs from the more informal operation, XR. Sharply pressed linen, spindly stemware and dry ice theatrics confirms this is the full fine-dining works and through myriad courses of canapés, palate cleansers, cheese plates and petits fours, execution was perfect. The Dumbwaiter most enjoyed the rose cured salmon with foie gras and the final flourish of a miniature chocolate tart.

Championing a lesser known cuisine of Northern India, Lucknow 49 is inspired by chef Dhruv Mittal’s time spent working and travelling through India. Primarily associated with high society, Lucknavi cuisine traditionally centres around lamb and goat cooked slowly to the point that it melts in the mouth, but a real highlight was the zaffrani murgh tikka – soft saffron chicken thighs cooked over charcoal.

A soupcon of sympathy of Lazy Susan, one of the judges of this year’s Scotch Egg Challenge, devised by Oisin Rogers and held at the Canonbury Tavern. She ate her way through 20, from many of London’s top chefs, including a 10-egg supersized creation to a fiery offal number (from Smoking Goat, the eventual winners). She was very taken with the Brat egg which contained Caerphilly cheese, leek, ham and a zingy carapace (pictured) and Pidgin’s grass-coloured mayo and spiced ants.

To read more reviews and recommendations, subscribe to the Bulletin here

The Dumbwaiter ventured outside of Zone 2 this week to KoolCha at Boxpark Wembley, the second venture from Rohit Ghai and Abhishake Sangwan, the duo behind the extremely well-received Kutir. KoolCha’s signature biryanis with stuffed naans were good, but even better were the fiercely spicy Ghati Masala prawns (raita is essential) and Vada Pao – a delightful double-whammy of carbs in the form of a deep-fried potato cake stuffed inside a soft bread roll.