The Dumbwaiter’s best bites of the week: 6 September 2019 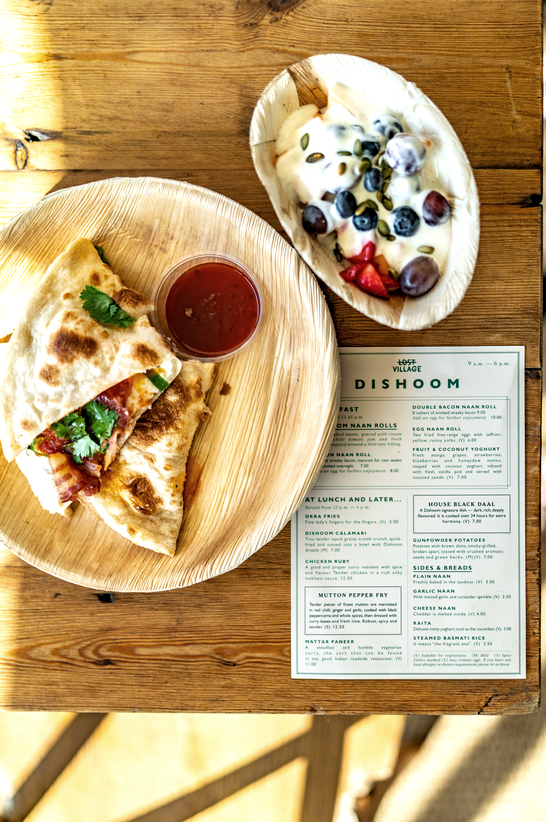 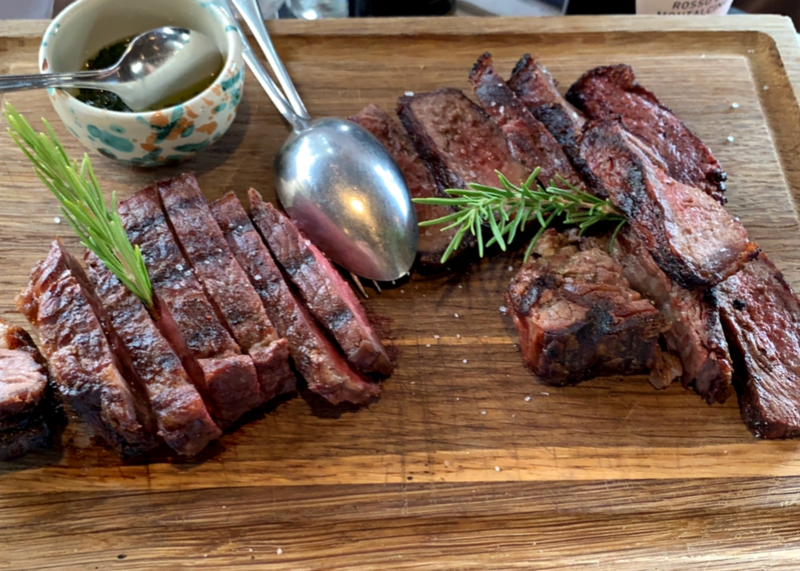 From Dishoom to the Dales

On the Friday of Lost Village sixty guests – including a lively duo of Neil Rankin and Lee Westcott – sat down in a lakeside tent to enjoy Merlin Labron-Johnson & Jackson Boxer in the enviable surroundings of a secluded woodland in Lincolnshire. Cooking outside  the comfort of your kitchen was clearly no issue as each course had the refinement and accuracy of both chefs’ restaurant standard. Scallops with shiitake and vin jaune was a slice of luxury, followed by perfectly cooked plaice – no mean feat in make shift tent kitchen. The highlight was easily the Roast Lamb Shoulder with nasturtium and courgettes, setting revellers up well for the weekend. An Apple Zu by Żubrówka cocktail to finish the meal as well as a round of applause for Merlin and Jackson rounded off the lunch in great fashion.

Nothing says the morning after the night before like bacon and eggs, but the stroke of genius to enlist Dishoom as one of the permanent restaurants of the weekend made the bleary eyed all the more ravenous. The Dumbwaiter knows very few better hangover cures than a Double Bacon Naan roll. Not content with just being the perfect festival breakfast, the Dishoom team also hosted an excellent collection of DJ’s after the main stages had closed for the evening, keeping the party – and the questionable dance moves – going until the early hours.

Burger and Beyond, Lost Village

The team behind Burger & Beyond run the farm that they source their meat from – so premium beef is guaranteed, perhaps that’s why there was always a queue to be seen at their tent over the weekend. The Dumbwaiter is fairly sure hardest working kitchen award has to go to the Burger and Beyond team, with a tight makeshift kitchen their Double Cheeseburger was one of the most popular choices for the baying crowds. Located opposite the Żubrówka Forest bar The Dumbwaiter could be seen flitting between the two for most of Saturday afternoon.

Officina 00 has just opened on Old Street and The Dumbwaiter couldn’t wait to sample the authentic pasta dishes. The double 00 is a reference to the fine milled double zero flour they use in the kitchen (and pasta workshop that was in full swing all evening). The Dumbwaiter started with burrata, sourdough and a beautifully cheesey raviolo which we were informed should be consumed in one, and not cut for the full flavour experience.  This was followed by discs of Corzetti cooked with white wine instead of water with wild mushroom, fennel sausage, parsley and a beautifully lemony linguine, with egg yolk and clams. The space is wonderful and the owners (hailing from Naples) have used glazed bricks, wooden furnishings to bring a taste of Italy to Shoreditch. Just make sure you leave space for their luxurious chocolate and lemon profiteroles.

Lazy Susan took a road trip to the Yorkshire Dales and was lucky enough to stay at The Black Bull, a lovely restaurant with rooms in Sedbergh where the proprietors James and Nina Ratcliffe have created something super-stylish. Nina runs the kitchen and her Japanese heritage can be seen in dishes such as swordfish and octopus with ponzu – however Sedbergh-raised James comes to the fore with the cracking Sunday lunch of local beef … and a Yorkshire pudding of course.

Kerridge’s Bar & Grill at the Corinthia

From start to finish – with this exemplary strawberry soufflé with milk ice cream – dinner in the private dining room at Kerridge’s Bar & Grill to celebrate its first birthday was superb. A special mention too for the beef wellington and a new dish of crabcakes, but almost most delicious was the banter between chef Tom Kerridge and hotel GM Thomas Kochs.

What do you do when you purchase a second duck press? If you’re Otto Tepasse you host a 7 hour lunch to celebrate it! After starters of tuna tataki followed by scallops with caviar it was on to the duck done in three ways that also included some of the season’s grouse. Truffled Camembert and soufflé capped off the rather decadent meal.

The Dumbwaiter visited Rosewood’s Castiglion del Bosco in Tuscany last week. After a tour of their stunning vineyards set above the hills of Montalcino followed by a tasting of the estate’s wine, he enjoyed a lunch of bistecca alla Fiorentina with a bottle of their Rosso di Montalcino.

The Dumbwaiter’s Best Bites of the Week: 22 November 2019