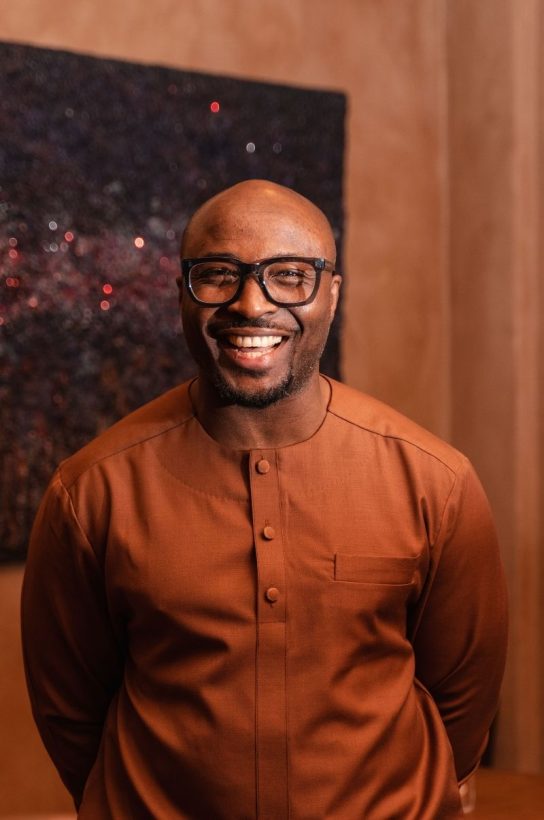 CODE last spoke to Aji Akokomi a year ago after a series of gruelling lockdowns. Last week, we caught up with our old friend to find out how Akoko, his Fitzrovia restaurant is going, and what first inspired him to go from home cook to restaurateur.

How are things since we last chatted?

Things are fine actually! Obviously, hospitality always has its challenges and there are a lot of things to think about at the same time – the guests, staff, and food suppliers. We’re just trying to stay relevant and innovative, especially as there are so many restaurants opening in London.

How much experience in hospitality did you have before Akoko?

None, actually. The only relationship with hospitality I had was just eating out a lot! I also did a lot of entertaining for family and friends which was sort of a test for how running a restaurant might be. I love to cook. Home cooking is very different to in a restaurant though – two completely different skills sets. I went to Leith’s to learn and read about food for some time to be more confident in my abilities and skills. When I had the idea for Akoko, the idea was that we would hand over these home recipes to proper restaurant chefs and make them restaurant quality. That’s the main focal point of the idea I’d say.

So you ate out a lot before you opened Akoko?

Absolutely – I used to use the CODE app all the time before I even had the Akoko site.

How was it opening in such an difficult time?

It was quite strange. Weird. There were loads of delays with the construction of the restaurant. Before we arrived there was no open kitchen – the whole place was different. It was really positive that whenever we could open the doors to the restaurant, people were coming through them to eat with us. People seemed to really understand the place and the vibe which was a great feeling. Obviously, it takes time to perfect everything, but I’m really happy now about how the food and service is run here.

How was it putting your team together? Did you have any problems recruiting?

Like many other places, it’s been harder since after the main part of the pandemic. Luckily a lot of the team we opened with are still here. I did underestimate the challenge of recruiting, I wish someone had told me about it before I set it up. It’s also about gaining a bond of trust with staff so you can rely on them to provide a great experience.

Front of house is slightly harder to find as it’s not seen to be as much as a full-time career as being a chef, for example.

How can the hospitality industry be more appealing to young people?

I think there is an assumption that hospitality overworks a lot of its staff, so I think making sure that we check in with our staff regularly to make sure they’re happy is important. Also making it fun and passionate in the workplace. If your staff are happy, everything is better.

Do you have advice for someone that has an idea in their head, as you did, who is thinking about whether to go for it?

It sounds simple but put the idea to paper. Really think about every aspect of the idea – can you test it? Will it work? Ask yourself all these questions. Ask family and friends too. Also don’t give up at the first hurdle – lots of successful ideas have issues in the early stages. But most importantly if you’re seriously going to invest time, money and energy into an idea, don’t leave any stones unturned.

What are the best and worst things about your job?

Looking after customers is the best thing. It’s a nice feeling when you’ve made people happy. The worst is when we face staffing struggles – it can really affect the service.

What’s the dish you wish everyone could try on your menu?

How often do you change the menu?

There are big changes every quarter but certain things will change weekly with available produce and so on.

Is Akoko a restaurant you would have liked to have visited before you opened it?

Yes definitely! I wanted fine dining but with an informal atmosphere.

Where do you like to eat on your day off?

I love Ekstedt. And Kol which is great! 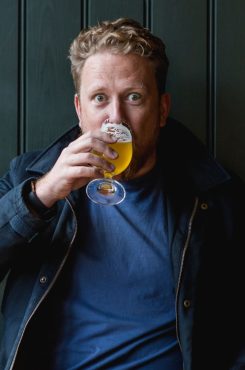 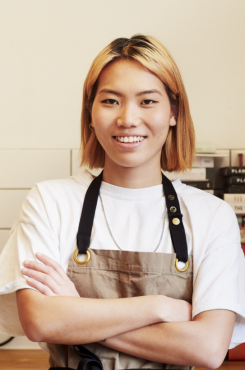 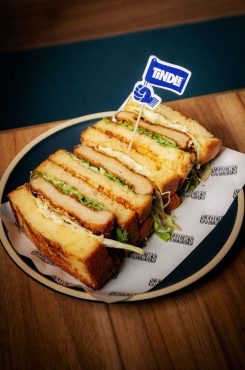