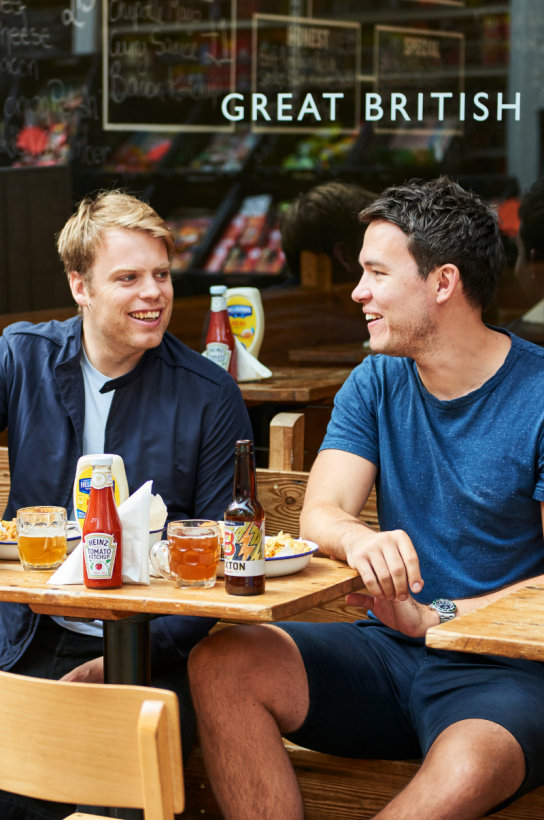 “There are some restaurants you go to where you can smell the boardroom they were conjured up in.”

Honest Burgers founders Tom Barton and Phillip Eeles are sitting in a field in Reading, setting up their very first ‘Honest Festival’ – a knees up for staff. As I join them to talk about the brand’s tenth anniversary, they’re both liaising with the guy in charge of the dodgems. It should be some party.

A decade ago, how did Honest come to be? “We were both very young and quite arrogantly thought we could do anything really,” Barton and Eeles, who met while both working at a restaurant in Brighton, tell me.

They didn’t get on with each other initially. Still, both had always joked about starting something of their own, and one night, following several beers, decided on burgers. It’s a clichéd way to start a restaurant. For Honest, it paid off. Though it took time.

Due to a lack of funds when they started, the two of them spent the first year of trading doing pop-ups at events and festivals: “We never once in the first 12 months considered this could become a restaurant,” Barton says.

The founders say they wouldn’t wish on their worst enemies some of the things they had to go through in the early days: “I do feel that we have somewhat earned what we have today, having persisted through building a kitchen in a field in the pouring rain, with incredibly strong winds at the top of a hill in Lewes.” They recall driving to each event with a sobering feeling that if they didn’t turn a profit, the business would be done for. There were times when Honest could have been consigned to history, as so many ambitious projects are.

Aspirations were elevated when the pair met Dorian Waite, who had worked in the branded restaurant market, particularly working with Strada when they launched. He invited them to his home and encouraged them to open a restaurant proper. After helping them raise investment, the first site opened in Brixton in 2011. It was an early success. They say a PR budget worth £1 million wouldn’t have generated any more buzz.

AA Gill visited the Soho restaurant when it opened, and Barton and Eeles remember him slamming them. Barton says: “Will from Hawksmoor texted me and said, ‘congratulations, you must have a great restaurant if AA Gill hates it’.”

In the early days, Barton went on what he calls a “meat pilgrimage” to Holland, where he met experts in meat and all things butchery. He says he learnt a lot from the trip and explains that when you mince a burger, you’re slamming the meat quite aggressively into a metal plate, which will squeeze a lot of the juice out. Instead, Honest chop the meat, which apparently keeps all the flavour locked in, and the burger will be tender, juicy, and more like a steak.

Eeles says: “The burden of knowing if the burger is poor is our fault. We can track any issues back to our butchery and try to resolve them from there. We have responsibility.”

Barton and Eeles say chips are as important as the burgers. “We thought, if we’re just serving two things, both of these have to be done right, it wouldn’t feel right if one of our two menu items were frozen and can be bought in a shop.

“Our chips are the hardest thing we do by a mile, making homemade chips across 44 restaurants is bloody hard. I completely understand why other places would just order them.”

What takes Honest seven days a week, 12 hours a day, could probably be done in minutes with frozen chips.

In the early days, they employed a potato consultant for a year, who helped them source the right potatoes. Their hard work paid off when Jay Rayner visited and said they were “the edible equivalent of crystal meth.”

Honest now operates ten sites outside of London and the founders are looking to expand further. “I think with us, we always feel like we’re about to fail,” Eeles says. “The moment we think we’ve succeeded will probably be the moment we’ve failed.”

Both admit that whenever they go to a city, they go with the – seemingly highly negative – view that every person there doesn’t want them. They launched ‘The Local Burger Programme’ to try to fold into the community and forge relationships. Each city or area has a specific burger, with changing menus and specials to keep things interesting.

Manchester, for example, has a Beef Wellington inspired burger that came from the mind of one of their chefs and can only be enjoyed in that restaurant.

As well as opening more sites in the UK, the lads have their minds set on overseas. Barton thinks Paris is calling out for one, Eeles, on the other hand, wants to go straight to America to show them the British take on a burger.

Both agree on their whole transparency shtick: “We’re good, but we can be better. I want to look deep into our supply chain and our food, and make sure we are completely proud of every single element of the business.”

Eeles adds: “On a management level, we don’t even call them general managers anymore, we’re starting to call them things like ‘restaurateur’.”

There are also plans to devolve power and treat each restaurant as individual spaces, giving “genuine autonomy”.

Say the duo: “We don’t have area managers or regional directors anymore, the management of each site doesn’t report to anyone, they will have mentors and people they can contact if they need support.” 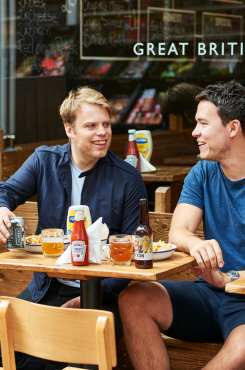 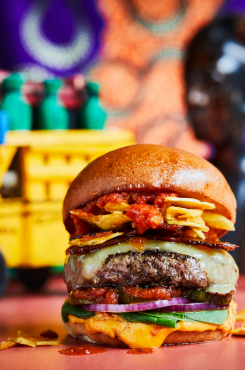 The best burger kits to try in lockdown