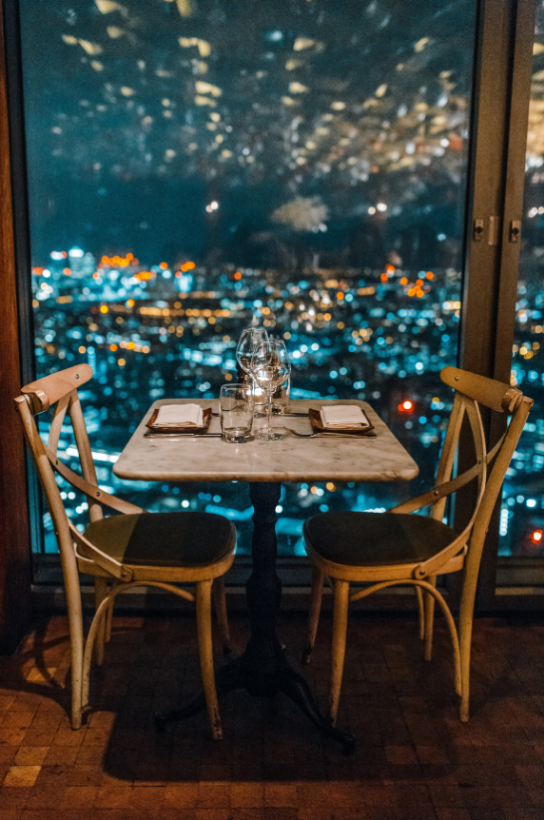 In his weekly column, CODE founder Adam Hyman looks at how hospitality has been turned upside down.

I was working from a co-working space in Soho last week and before going to a dinner, I decided to go for a quick drink with a few friends who were also working in the same place. As we made our way through the quiet streets of Soho we chose a pub to have a beer at. Being British, and despite it being cold and grey, we’d have obviously opted to stand outside with a pint of something cold and refreshing. With this being out of the question now, we donned our masks and made our way inside. However, as soon as we stepped foot inside, we were met with a list of rules we had to follow:

It felt like being back at school. Put a foot wrong and you’ll be outside the headmaster’s office.

Our job in hospitality is to make people happy. I’ve heard numerous stories from 4 July when restaurants were allowed to open and how much spirits were lifted for the hundreds of thousands of people working in this industry. They were finally allowed to get back to doing what they love and finally get back to some human interaction – with the odd mask and plastic screen in the way. Restaurateurs told me they saw their teams come back to life, a spring in their steps, they were back giving people a bloody good time.

Yet in the space of a few weeks we’ve gone from being an industry that welcomes people with a warm smile and making sure they have the best time possible to having to almost the complete opposite. I’ve seen even the most-tight lipped of operators take to the media to have their say. I’ve seen some of our leaders vent their frustration on Twitter.

I sense that many of us are close to our wits end. We read lie after lie from politicians – often on the front pages of newspapers – about how this virus is spreading like wildfire across hospitality venues. Yet there’s no evidence to back it up. But, of course, it has to be restaurants and pubs – they cannot close down schools and universities can they? We’re not really a proper industry are we – we just feed people and keep their glasses topped up. We only employ over 3 million people in the UK and account for 5% of GDP. Chicken feed, as someone might say.

This ludicrous curfew has made it a very delicate, and in all honesty, unfair task for our front of houses up and down the country to basically kick everyone out by 9.59pm. Instead it’s lights up at 9.50pm (flashback to shitty school discos – that’s traumatising enough) and making sure the bills have all been settled before we go through our nightly hospitality version of Cinderella.

I’ve found it hard over the past few weeks. Speaking to people across the industry ever day there’s a depressing fug covering our lives. There’s been times I’ve wanted to throw in the towel – concede to the fight. Bow out gracefully. But that’s exactly what we cannot do. I have a duty to my team, my clients and to an industry that I’ve forged a career in for over 7 years now to stand by it and be even more passionate and vocal than I’ve ever been before in my life. Running a business is tough – there’s the highs and lows – but that’s what why we do it. This situation we find ourselves in is different. It’s debilitating. It’s unjustified.

Our industry friends and colleagues in Edinburgh and Glasgow have now been mandated to close for two weeks – we don’t know the extent of damage this will do. It sounds like the same is going to happen for the restaurants and pubs in Liverpool and Manchester next week. It’s hard to even get your head around what will happen to these businesses. And I guess we have to wait and see what it means for London hospitality.

Even if we have to be that orchestra on the Titanic – because we are hospitality – we’ll do it in style, with warmth and with a smile. And whatever happens over the next few weeks we’ll be sure to play that symphony better than we’ve ever played it before. Let’s just hope it’s not the final one.

Scotland on high alert: is London next?