What’s the best wine when you’re going out out? 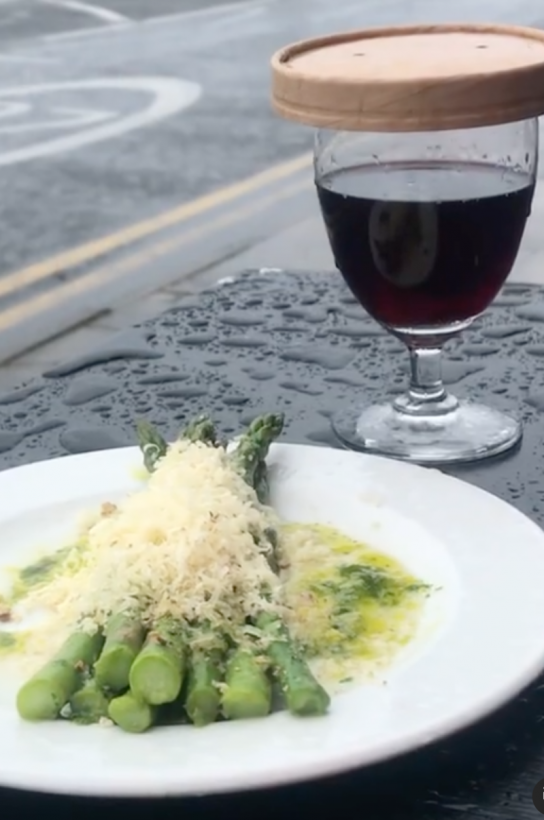 CODE’s resident wine expert Zeren Wilson doesn’t let anything get in the way of a glass of something delicious – whether that’s bad weather or strict rules. But, he explains, there’s a time, place and bottle for everything

On a soggy, rain sodden day in Margate, I looked up at the glowering clouds and laughed. Sitting on an outside table in the pelting rain, with no cover, a watchful staff member had placed a cardboard lid over my glass of tempranillo – damn straight, they knew I wasn’t in the mood for a diluted red wine spritzer.

A couple of other tables joined me in this stubborn act of defiance. With outside dining our only option, we stoically tucked into plates of spankingly fresh sea bass ceviche with a perky jalapeño and lime dressing, and new season asparagus with a fluffy grating of Ashmore cheese: I was even taking a perverse pleasure in how the raindrops started to turn the cheese into an impromptu slurry of cold sauce, an unexpected vichyssoise. This is hardcore dining, where the elements combine to transform your dish as you eat, a kind of interactive Playstation game where adverse weather earns you bonus points.

“You’re mad,” Lee gently offered, co-owner of seafood spot, Dory’s. I had to agree. I’d already had a plate of mortadella and some Neapolitan ragù pasta at Bottega Caruso, and the wettest Campari spritz known to humanity. The paper wine list and menus almost turned into papier mâché. Mad indeed.

Thanks for the memories, outside dining, but now we can return inside restaurants and pubs again (hoorah), we’ll frolic with you again when the weather is playing ball. For those of us who scampered straight into lunch bookings and took our chances with a particularly inclement month, it’s been quite a ride. A glass of chilled verdicchio, as lovely as it may be, soon loses its edge when you’re sitting in a pub garden with a blanket to combat the chill. Some wines demand the sunshine, and good rosé just isn’t the same unless it’s enjoyed outside, in the blazing sun. I’ve managed to grab a couple of glorious rosé moments during this period of dining Russian roulette, the glorious salmon-pink beauty of MiP* (Made in Provence), which I affectionately dub ‘notorious M.I.P.’, enjoyed on a sunny outside table at The Folkestone Wine Company. A staple of merchant Lea & Sandeman’s range, the new vintage is always hurriedly snapped up by its fans. I felt like I’d earnt it, too, as the previous week I sat on the same table in the middle of a hailstorm. Hardcore Dining Level 10: Unlocked.

Alongside the mad weather, I have been pretty lucky overall with lunches, and enjoyed the charms of the cherry scented and beautiful ruby hue of Valpolicella ‘Velluto’ at The Fordwich Arms, a gloriously sunny afternoon in the garden beside the River Stour. This is a red which screams with ‘summer’ vibes, delicate and lacy, redolent of summer pudding, and eminently ‘chillable’ if you’re in the mood. We also enjoy it at three lunches at new sister restaurant The Bridge Arms – a cracking wine, great value and quality at £36 on the list, imported by Italian specialist Passione Vino.

Another light red I’ve been piling into, which loves being enjoyed outdoors, has been the pretty gamay/pinot noir ‘La Ficelle’ from co-operative Saint-Pourçain, a sprightly and ‘smashable’ gem, a joyous ‘vin de soif’ – imported by Yapp Brothers, I’ve seen it popping up on several restaurant lists. The name refers to the serving of wine ‘à la ficelle’, whereby waiters would dip knotted string into the bottle to determine the amount consumed – I’d like to see a return of this civilised tradition.

I’ve seen the effect of enforced outside dining on a restaurant who’s wine list I’ve been consulting on, the new Lucky Chip burger spot in Folkestone – it has been bitterly cold since they opened, and it clearly impacted those early weeks, especially so for a spot that will be all about the buzz and hum of the vibe inside, the music, the happy clatter of a restaurant as it eases into evening service – when they opened at 4pm for their first inside run-through, and within minutes the room was full, merriment beginning. I was tucking-in to a bottle of Crozes-Hermitage and some rotisserie chicken with renewed gusto.

As we return to having the option of dining inside, I’m reminded of the classic Micky Flanagan skit of going ‘Out Out’. While it’ll be lovely to sit in the gardens again, glass of rosé in hand, sunshine dappling our skin…what a joy it will be to sit beside the fire, with a glass of red, and watch the rain hammering against the window. Let’s go ‘Out Out’, while staying ‘In In’. 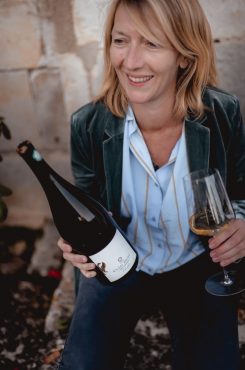 A biodynamic duo in the wine industry 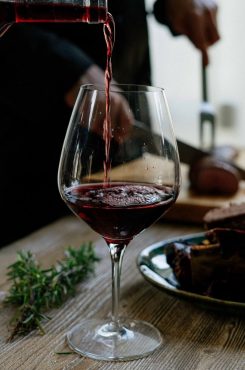 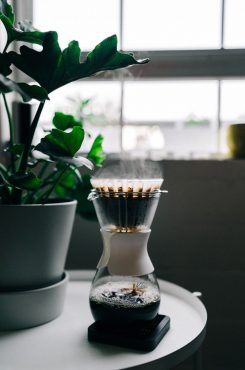 Zeren Wilson on… going without