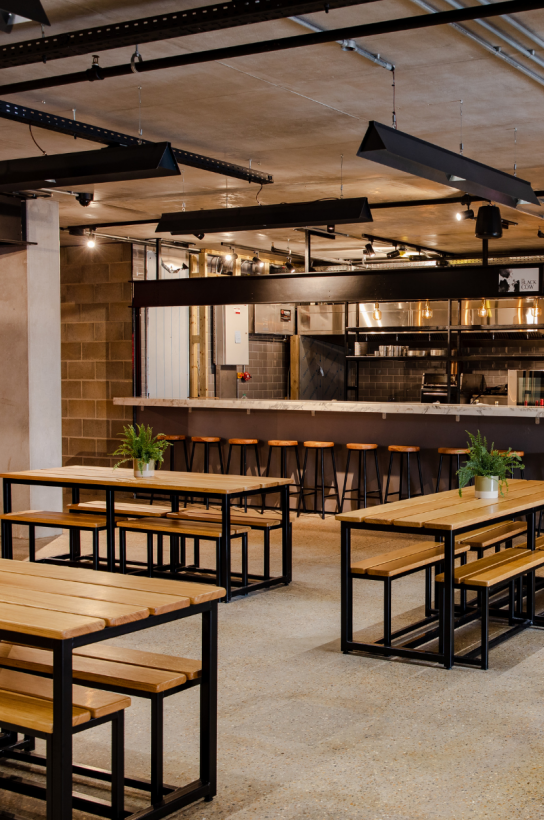 A new “Middle Eastern-inspired” steakhouse is opening in Camden on 17 September. Called The Black Cow, it may or may not be a threat to Salt Bae, whose Turkish international chain of upmarket steak restaurants Nusr-et has long been expected to open in Knightsbridge, but has yet to materialise. CODE understands the first UK site for Nusret Gökçe is still on its way, but still, more than a year in, a date has not been announced.

Either way, unless something bonkers happens, The Black Cow will arrive first, and will be in Camden’s brand-new restaurant complex Hawley Wharf. It sounds like the place will put a far greater emphasis on spice so is probably nothing like Nusr-et anyway.

Founders Shiri Kraus and Amir Batito told CODE The Black Cow is “the same as any other steak – but better.” They said: “Our steaks are cooked on an open fire, just as they did for centuries throughout the region. They are also packed with flavour to increase the depth and enhance the smokiness and natural layers in the steak.”

Kraus and Batito are opening The Black Cow after spending time at Palomar, The Barbary, and The Machneyuda Group. Both said they sought to launch a bricks and mortar restaurant after seeing “great success in our culinary consultation and catering business”.

The restaurant name refers to Black Angus beef, though the founders said it also pays tribute to them as restaurateurs: “We feel like black sheep in the Middle Eastern culinary scene. On one hand we bring a high-end, fine dining experience, but on the other, you’re more than welcome to enjoy dining at The Black Cow in flip-flops”.

As far as prices go, The Black Cow is closer to London’s affordable steak chain Flat Iron, with cuts starting from £13. Said Kraus and Batito: “We do plan on succeeding and reaching several other openings.” The beginnings of a Middle Eastern Hawksmoor, then? We’ll see. 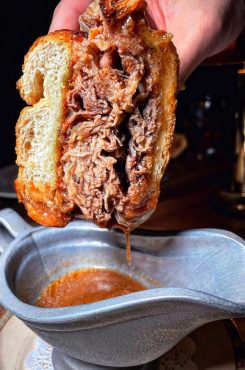 ‘Like London, New York is back’, says Tom Parker Bowles, who visits a classic American steakhouse 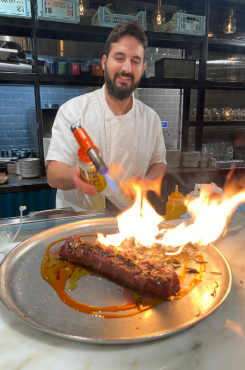 From Milos to MiMi Mei Fair, here are the best things the CODE team ate this week 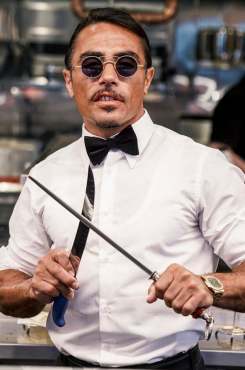 Salt Bae has arrived in London