The campaign for no more no shows returns Alongside all the challenges that came with running a restaurant in a global pandemic, restaurateurs highlighted another problem impacting hospitality businesses as they reopened last summer: no shows. A topic we discussed in this year’s Happiness in Hospitality report, Tom Kerridge first initiated the conversation in July 2020, writing that 27 people booked into Kerridge’s Bar & Grill and failed to turn up. Many other operators were quick to share their stories, with figures suggesting that no-shows cost the industry £16 billion a year.

In response, hospitality recruitment consultancy Sixty-Eight People and Antonia Lallament from Gusto Italian launched the #NoMoreNoShows campaign to highlight the need for change. The campaign was a huge success, with over 12 million twitter impressions and national TV & billboard coverage. With hospitality set to reopen outdoors on Monday, the team has now renewed its campaign once more, pushing the message that ‘it’s ok to cancel -just let us know!’

The reopening offers a final lifeline for many operators, so empty tables will be particularly damaging. In the hope of rebuilding quicker and saving the industry, the refresher campaign is reminding customers of the original three steps:

“Last summer’s campaign was all about helping our beloved hospitality industry get back on its feet,” says Abi Dunn of Sixty-Eight People. “Our message has always been ‘it’s OK to cancel’, in fact you’re helping the team onsite by doing so. Making no shows a thing of the past would be the dream here.”

No shows decreased from 53% to 22% as a result of increased consumer awareness during the campaign and Eat Out to Help Out. Let’s hope to see the same success once again.

To read this year’s Happiness in Hospitality report, click here 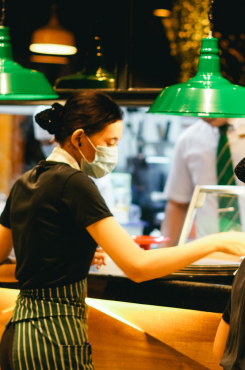 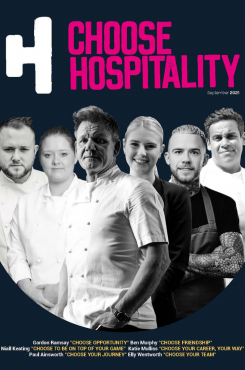