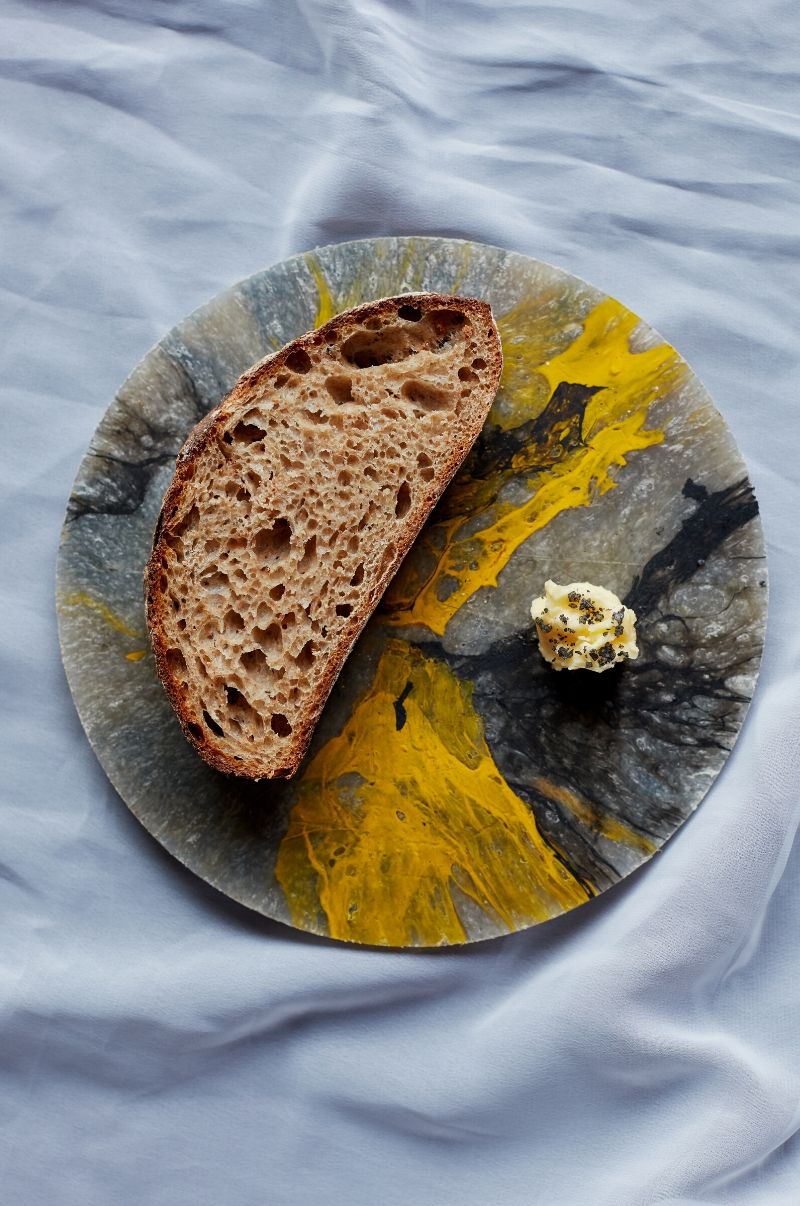 Silo was a pioneer when it opened in Brighton, claiming to be the world’s first zero-waste restaurant. Now its creator Douglas McMaster has brought Silo to London and explains here why thinking differently about how we work can help everyone

It’s an exciting time for Silo – we’ve just opened the doors to our new home at CRATE Brewery in Hackney Wick, it’s a dream venue. When I began Silo in Brighton five years ago, it was an enormously stressful time: I was scrubbing jam jars at 3am and sleeping on the restaurant floor. We worked services without electricity and we did food prep in a flooded basement. It was chaos. This time round, we’ve had a lot less stress, instead there’s been a number of groundbreaking moments. We’re creating something I think is quite remarkable, and what’s more, we’re bringing it to London. I’m blessed to have numerous hero farmers making my life easier. I think the public’s growing interest in sustainability has been the most significant change since I first began Silo; this time round, people seem to get the idea immediately.

Our concept, as it were, is the same. Silo is a closed loop system. Wastage only occurs in an industrial system – wastage does not exist in nature, everything feeds something. We’ve created a food system for the future. We’ve cut out the middlemen so in the kitchen we get the ingredients in their natural form, directly from the source, with no plastic or single-use packaging. We use every part of every material that comes through the door. The more challenging materials that typically get wasted or recycled we lionize as part of a ‘Nu Waste’ philosophy – Nu Waste is the idea that materials can be re-born.  A good example in the kitchen would be turning all the veg scraps into treacle; or in the design studio crushing the wine bottles then melting into fine porcelain crockery.

Every scrap becomes something something new, something precious. Much is made of the fact that we don’t have a bin, but after so many years, it has really become second nature.

The new Silo is a huge team effort, and feels very much like the logical next step for us. We worked with designer Nina Woodcroft and material conservationist Seetal Solanki on the interiors; both brilliant visionaries with fine taste in cutting edge nature sensitive design. We have an open kitchen with a central fire, an 18-seat bar, round tables for larger groups and a private dining room. Everything is made with pioneering, high-quality ‘Nu Waste’ materials, such as cork, mycelium, glass, porcelain and fifth stage leather. Our ginormous kitchen counter is made from medical food packaging – sounds gross, no? Its appearance can be compared to diamonds and pearls, it’s got a translucent, crystallised pearlescent finish – major sex appeal – made by the amazing Smile Plastics.

It’s been great working with the CRATE Brewery team: they’ve really supported us through the whole move, and I’ll be helping them with making their own systems as sustainable as possible in return. We’ll be pouring their beers, as well as fig leaf kombucha from JARR Kombucha, while our cocktails are made in collaboration with my old friend Ryan Chetiyawardana. We’re working with Dr Johnny Drain, a fermentation god, on game-changing ingredients like buttermilk garum, which is outrageously delicious. One thing I’m also hugely excited about is our live menu streaming. Every service, we project our menu onto the wall, the menu changes as and when the ingredients do, like a new-wave chalk board.

Things that people can do at home can be as simple as buying in bulk whenever possible, using reusable containers. Don’t buy clingfilm, foil or baking paper – invest in lots of containers with decent lids, metal covers for your baking trays, and reusable rubber mats instead. Sanitise your surfaces with vinegar water rather than shop-bought sprays. Food-wise, you can cut out the middlemen yourself by going to farmers markets and speaking to the producers directly. Zero waste is the right thing to do, with no compromise.