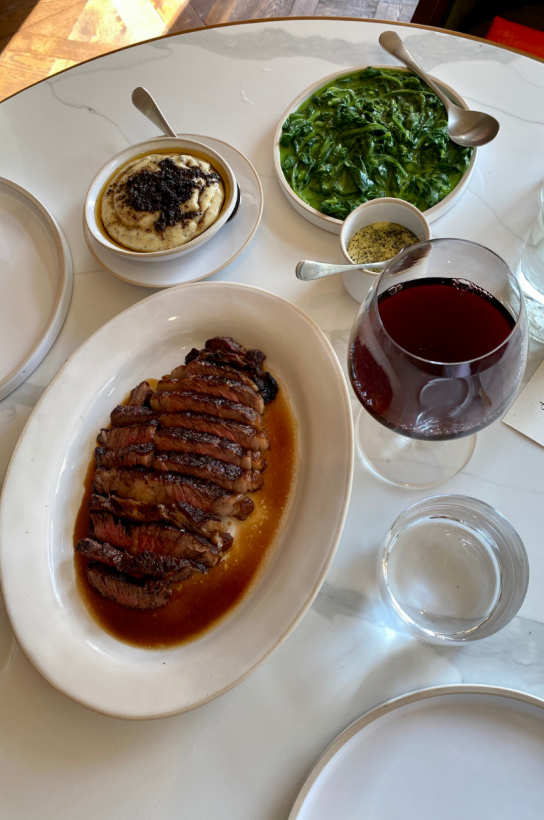 A sunny Saturday afternoon was spent at Adam Wood’s new Garden House restaurant in Cambridge. The seasonal menu celebrates the best of East Anglian and British produce. Highlights included the ex-dairy cow rib chop, soused River Fowey mussels, grilled sweetcorn with honey and fennel, and the grilled quail with girolles and redcurrants. I recommend going punting afterwards on the river, perhaps a guided one if you’ve been sampling their fabulous wine list!
Henry Southan, editorial intern

I remember going to the soft opening of Nopi back in 2011 when I used to work in an office opposite. Fast forward 10 years and Ottolenghi’s Soho restaurant is still going strong and has proved a particular favourite of American chefs and restaurateurs. To celebrate a decade of Nopi, Yotam hosted a dinner on Wednesday with some of its previous chefs cooking some of its signature dishes. Cheers Yotam, Nopi and team!
Adam Hyman, founder

I thought I’d lost my way there but was reassured when I found a cluster of people patiently waiting outside Supa Ya Ramen. Beginning as an underground supper club, word quickly spread that chef Luke Findlay’s ‘proudly inauthentic’ ramen is so good that people want to eat it 2-3 times a week. We started with a plate of creamy whipped tofu served with crisp radish and hot honey before moving on to salt beef ramen. Though more commonly found in a Reuben sandwich or bagel, the salt beef felt like it belonged with the sesame miso, roast garlic oil, smoked bacon oil and of course those fudgy eggs – it was joy in a bowl. Make sure you try the noodle ice cream after too – it has something of a nostalgic Cheerio’s flavour about it that’s just charming. See you in the queue!
Sam Selwood, accounts manager

Isla at The Standard

Stepping into The Standard is like how I’d imagine stepping into a 70s house party. On a bustling Friday night, the newly re-opened Isla is at its prime, with a cool crowd and vibey music playing from the DJ booth, you feel like there’s nowhere else in London you’d rather be in that moment. The food is impressive too, with sharing plates such as ‘nduja mussels, Koji chicken, and an almighty sirloin on the bone on offer. I’d suggest continuing the party next door in Double Standard after your dinner.
Henry Southan, editorial intern

It’s always a safe bet that anything JKS put their name to is going to be good and BiBi is another example of this. Chef Chet Sharma, who has worked at both Moor Hall and L’Enclume, clearly knows a thing or two about food and restaurants. His first restaurant is tucked into a cosy corner site on North Audley Street and has been beautifully designed despite being a tricky space. The place to be is clearly at the counter, where Sharma passes you dish after dish of his cooking such as buffalo milk paneer, sweetcorn kurkure and aged Swaledale lamb chop. Be sure to have the Malai kesar kulfi for afters.
Adam Hyman, founder

The latest restaurant by acclaimed chef Quique Dacosta is in the heart of Fitzrovia, and if you like paella, you’re in for a treat. Start with a Gin Mare and tonic to transport yourself to Spain and choose from a wide selection of traditional paellas to share. The waiter recommended the Canadian lobster and cuttlefish rice and I couldn’t resist. You certainly won’t be hungry after a visit to Arros QD!
Henry Southan, editorial intern

I’m not much of a cricketer myself, having only dabbled in the sport a couple of times in my youth, and so I was very intrigued as to how I would fare at night at Sixes Cricket Club. Well wow it’s a lot of fun. You really work up an appetite after 30 minutes in the nets and so be sure to book into the restaurant too where the food is seriously good. The burnt end nuggets are a must order in my opinion, and the burger is as you would expect: pillowy bun, two juicy pattys stacked up with melting american cheese – so pretty much perfect. All in all a 10/10 evening.
Molly Wade, memberships manager 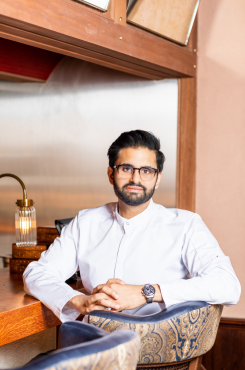 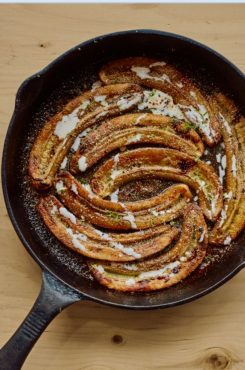 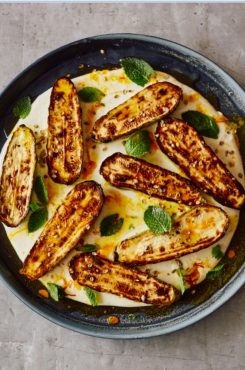