From Sarap Filipino Bistro to J. Sheekey, here are the best things the CODE team ate this week 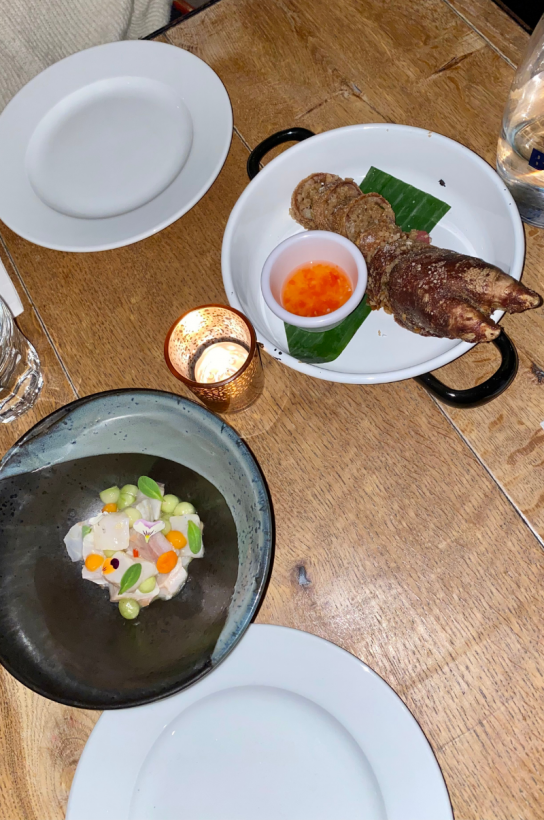 10 Heddon Street had a lot to live up to when Fallow’s residency concluded, and Sarap Filipino Bistro delivered. I’d seen imagery of the rather large, whole suckling pig and was instantly intrigued. Favourites included the twice cooked adobo pork rice stuffed trotter, grilled monkfish with sweet and sour pepper sauce, and the charred hispi cabbage with fermented shrimp butter. This is all washed down nicely with Filipino Don Papa rum cocktails.
Henry Southan, editorial intern

I’d not been back to the famous seafood restaurant in theatreland for a long time, so it was nice to walk into the warmth of J Sheekey on a cold winter’s evening in London. The restaurant is celebrating it’s 125th anniversary this year and it’s also had a little face lift including new banquettes that are no longer red and instead a sort of duck egg blue green. The classics are still on the menu and the restaurant was heaving. A chilled bottle of crisp white with some slip soles, sprouts and fries doesn’t get more comforting than that now does it?
Adam Hyman, founder

We were pleased to be invited to try the menu at Mao Chow’s new site in BoxPark. True to the Mare Street original’s roots, their vegan take on ‘90s Chinese takeaway favourites’ included char siu ‘pork’ buns, sesame toast with curry sauce (our fave and better than most prawn toasts I’ve had) and dumplings with chilli oil. Chef Julian Denis’ attention to detail in registering and replicating the nuances and flavours of these iconic dishes is obvious – kung pao cauli hit all the notes of its poultry cousin, as if it’s been around for centuries.
Sam Selwood, accounts manager

“The Windmill welcomes passers by, walkers with muddy boots and dogs with muddy paws.” – just as a proper country pub should. Following a recommendation my mum had booked The Windmill Inn, Redmile (Nottinghamshire) for a family lunch. With two courses for £16 or three for £19 it’s hardly surprising – she’s always one for a bargain. It transpired that the team were formerly at the Nevile Arms in Kinoulton, which was one of my late-grandad’s favourite pubs – fitting then we should be there on the first anniversary of his passing. The pork belly cassoulet was both refined and hearty, punctuating a lunch of real quality and lovely service.
Will Lake, COO

As someone who spends a lot of time in Soho (mind your own business), I was surprised that I hadn’t already visited Chotto Matte. Pisco sours started the night well at this Japanese/Peruvian fusion spot in Soho. The miso chicken and the spicy tuna maki were favourites, and a nightcap downstairs was compulsory.
Henry Southan, editorial intern 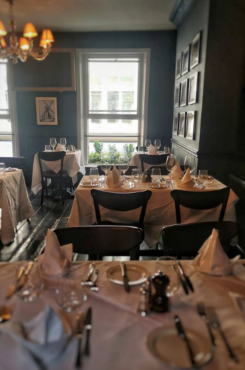 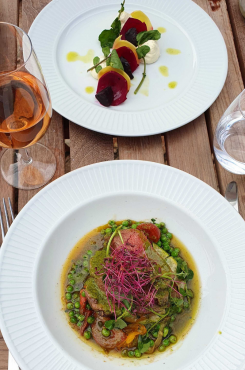 The best things the CODE team ate this week: 4 September 2020