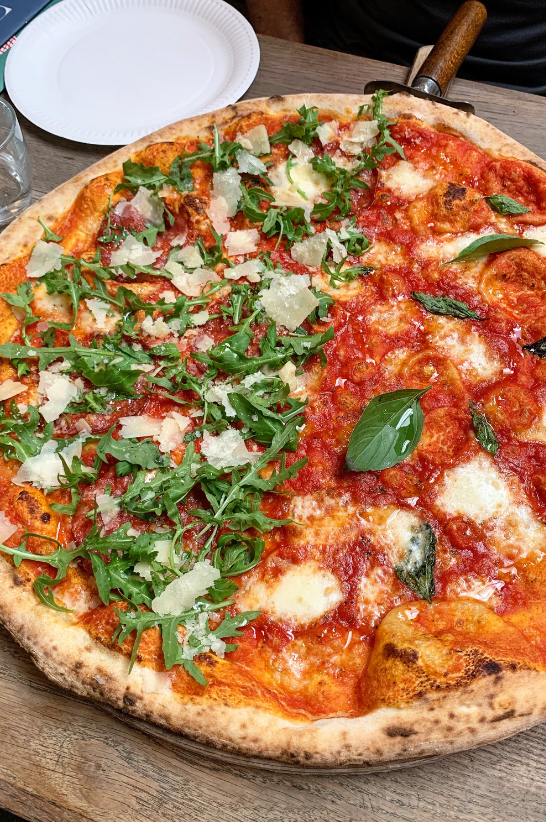 From Soho to Seven Dials

With pescetarian friend in tow (she was warned!), The Dumbwaiter headed to Soho on Tuesday evening to try the new menu at Zelman Meats. The steak was, of course, first-rate, but the starters were just as good, in particular the prawn tempura with ‘Holy F**k Mayo’. The miso black cod (for the non-meat eaters) wasn’t at all a second rate option, especially alongside the stellar truffle and parmesan fries that, despite their best efforts, The Dumbwaiter & Co were sadly defeated by. Although too full for pud, the tiramisu that was being wheeled round on an old-school dessert trolley looked pretty tempting.

KERB have taken their first step indoors in the form of Seven Dials Market, and with their diverse food and drink offering the Dumbwaiter couldn’t resist a trip this week. The only negative about this market is that it’s practically impossible to try it all in one night, but that didn’t stop the Dumbwaiter from trying. The packed table included a crab roll from CLAW, tasty vegan tacos from Club Mexicana, truffle fries and croquettes from Truffle, chicken wings from El Pollote, and because there is always room for dessert, a selection of donuts from Big Shot. The Dumbwaiter’s top tip is to go with an empty stomach and be prepared to eat everything in sight!

The Dumbwaiter has become a bit of a fan boy of Josh Niland, the chef restaurateur behind Saint Peter in Sydney. Fish butchery is Josh’s game and after launching his book at Fortnum’s it was upstairs to the boardroom for a special dinner cooked by Josh.

It’s hard to draw attention away from the view of London’s skyline when your restaurant is high up, but Decimo (the newest part of the Standard’s offering) manages it. Chef Peter Sanchez-Iglesias’ menu is full of show-stoppers – including a caviar-topped tortilla that’s destined to become an Instagram star. However for flavour, gambas blancas de Huelva with crab and jalapeno is the winner. Pro-tip: save gazing at the horizon for when you visit the loo – there’s a floor-to-celing window.

It was a memorable night when Raymond Blanc invited his ‘protégés’ back to Belmond Le Manoir aux Quat’Saisons – among them Michael Caines, Robin Gill, Ollie Dabbous and Agnar Sverrisson – to cook a special dinner for the hotel’s 35th birthday. Hard to pick a standout from the stellar menu, but Gill’s crispy chicken skin, poached chicken oyster, leek terrine and Perigord truffle was addictively delicious.

With the weather so dreary of late The Dumbwaiter decided a Homeslice pizza was the only way forward on Tuesday lunchtime. The Fitzrovia site was his venue of choice and it was a 20-inch half margherita and half salami, rocket and Parmesan to eat. And for those watching what they eat, the new flour that they’re using means one large slice of margherita is less than 200 calories.

The Dumbwaiter’s best bites of the week: 13 September 2019