The Dumbwaiter’s best bites of the week: 27 September 2019 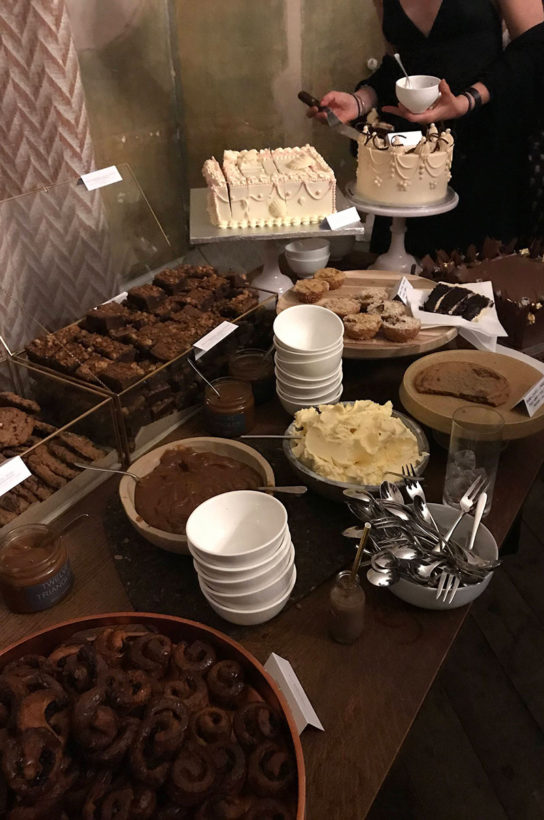 From Barbican to Bishopsgate.

To Ennismore Sessions House in Clerkenwell for the annual announcement of the winners at the YBFs awards. Lazy Susan, once she’d carried out her official duties, headed straight to the dessert table. Founder Lily Vanilli’s amazing salted caramel cake was in much demand, along with all manner of indulgent brownies, cookies, lardy buns and canelés by finalists and winners in the bakery category. Rumour has it that Susan wrapped up some sweet supplies in napkins for the night bus, but wasn’t brave enough to try the tabasco ice creams.

The Dumbwaiter took a tour to the Veneto region this week. On the route up to Valdobbiadene stopped in at Osteria al Castelletto. The unassuming roadside restaurant was welcome respite from the September showers, an open fire warming the homely dining room. After a feast of caprese, beef carpaccio and fritto misto for antipasti, there was a signature butternut squash risotto and gnocchi as light as only the Italians can make it. To drink there was Prosecco (of course) but unusually it was of the non-sparkling variety – a first for The Dumbwaiter.

With the first ever dessert week hitting London, restaurants and hotels across the capital got involved to celebrate all things indulgent and delicious in collaboration with Baileys. To celebrate, the Dumbwaiter headed down to try out Duck & Waffle’s creation. They served up choux buns filled with Baileys and chestnut filling, alongside crisp praline leaves and ice cream. To top it all off, the dessert was accompanied by a chocolate cocktail which got the Dumbwaiter in the mood for Christmas time with hints of cinnamon and orange.

It was never going to be average, was it? The party to celebrate 25 years of St. John was predictably fabulous – from the serried ranks of ‘Fergronis’ to the suckling pig head mascots. Lazy Susan joined the party just in time to hear founders Fergus Henderson and Trevor Gulliver’s speeches and for the arrival of mountains of pork rolls, with lashings of crackling inside, which had the culinary great and the good queuing right by the pass.

Despite being right in the heart of the city, the area around Trafalgar Square/Charing Cross has for a long time been somewhat of a black hole for the London restaurant scene. Fortunately that is slowly but surely starting to change, no less with the relatively recent addition of Nutshell on St Martin’s Lane. Chef Jeremy Borrow (late of Palomar) is part of the ever-growing trend for standout Iranian cuisine in the capital. Standout dishes include smokey aubergine mezze and kofta Tabrizi – a lamb meatball with dried fruit and walnut.

Crispin is dangerously close to CODE HQ. So after a long day of dodging the rain, the Dumbwaiter gave into the lure of Crispin’s Dusty Knuckle bread, burrata with Senia olive oil and Smokehouse salmon. The highlight, though, was undoubtedly the pud: fresh grapefruit with airated custard, caramelised chocolate and yoghurt sorbet. Make sure to order one of their Aperol Spritzes, too.
Crispin is live on the CODE app. 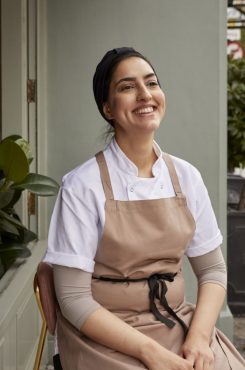 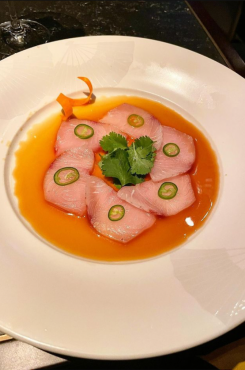 The best things the CODE team ate this week: 11 December 2020 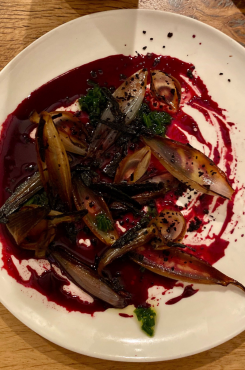