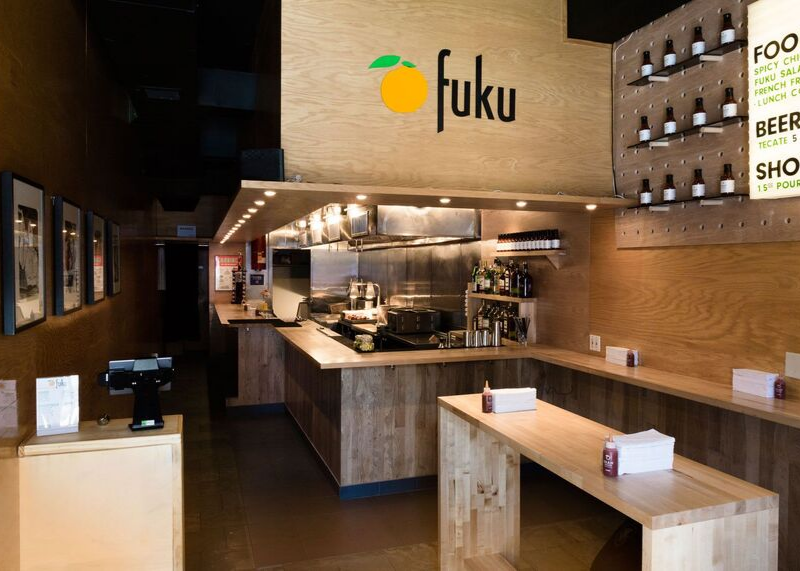 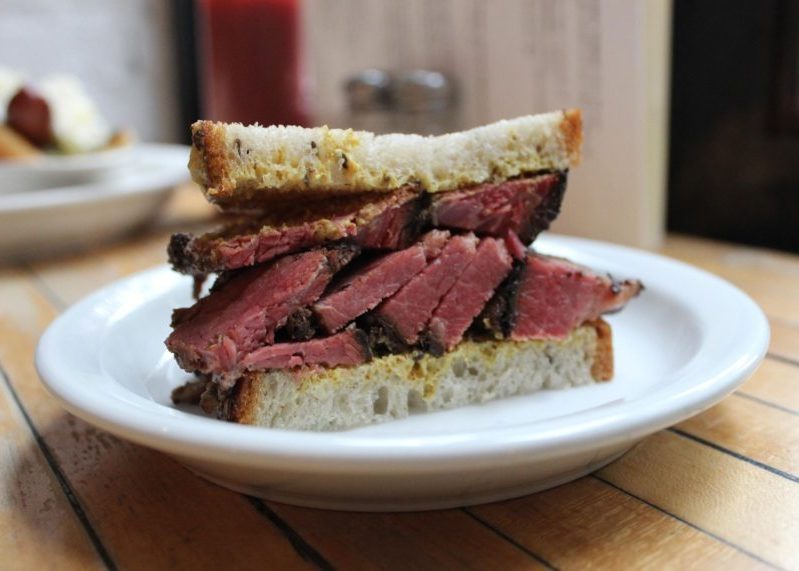 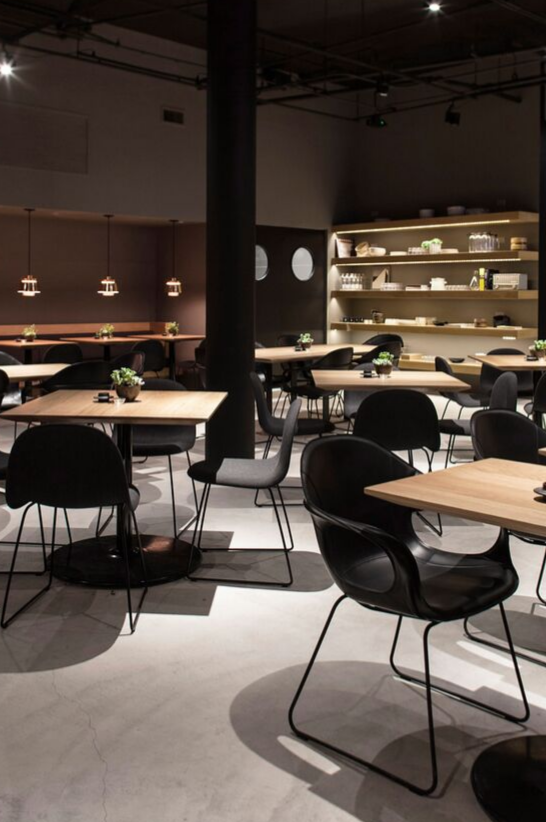 The Big Apple. New York, New York. This city needs no introduction. Whether you’ve been to the east coast metropolis a number of times or you’re still yet to visit, every one knows about the city that never sleeps.

New York has long been a source of inspiration for chefs and restaurateurs from across the globe. Anyone working in restaurants needs to visit the city at least once. When it comes to restaurants, there’s so much to do in New York that it would not be possible for a single article, or even guide, to cover it all. But after a recent trip, I’ve jotted down a few thoughts and recommendations.

David Chang’s latest offering, Fuku (eatfuku.com), in a tiny site on 1st Avenue is a must visit not only because it does a damn good fried chicken sandwich but because it’s an example that whatever this man touches does actually turn to gold. The queue was already going around the block at 10.45am on our visit. The fried chicken – a juicy bit of thigh – is deliberately twice the size of the soft pillowy white bun. This bun was almost the best part. It was like memory foam – moulding into the shape of your hands when squeezed.

The NoMad hotel (thenomadhotel.com) has become a favourite of mine for a pre-dinner cocktail or two at the Library bar. The team behind Eleven Madison Park (elevenmadisonpark.com) run the restaurant and bar, so the food and hospitality is always at the highest level. It’s fast becoming an institution. Talking of which, it looks like Ralph Lauren is on the way to creating one in midtown. The Polo Bar (ralphlauren.com), his new restaurant next door to his Madison Avenue store, is currently the hottest ticket in town. So often this can lead to disappointment but the clubby room – just like the home department in his stores – works and it has been attracting the power clientele of Manhattan. The food ain’t too bad either. The menu has the usual classics of shrimp cocktail and roast chicken and the Martini is worth a visit alone.

The Americans have always done breakfast well. Whether it’s a local diner that you want with free coffee refills and a stack of pancakes or a lox bagel and iced-coffee, this city has it. Mile End (mileenddeli.com) is a great spot for a quick bite to start the day. They do some of the best bagels in town. However, Russ & Daughters café (russanddaughters.com) on the Lower East Side is a must visit for a proper New York brekkie done in the Jewish way. This is the sister restaurant to the famous deli on E Houston that first opened in 1914. The cafe, on Orchard Street, splits its menu into sections called noshes – that include knishes and latkes – and offers a vast array of smoked fish including dedicated sections to herrings and caviar. There is, of course, an eggs section too.

A lot is happening down on the Lower East Side at the moment. The likes of Dimes (dimesnyc.com) and the newly relocated Mission Chinese (missionchinesefood.com), which are both worth a visit. El Rey Coffee Bar & Luncheonette – a tiny spot on Stanton Street – serves some of the new wave healthy food that we are used to seeing on the west coast. Grab one of the three seats in front of the kitchen that cannot be any larger than an average New York apartment’s kitchen yet is producing some great plates of food and so different to the thousands of restaurants in the city. “This is not falafel” – a dish of seasonal falafel with minted cauliflower, pickled cabbage, garlic sauce and za’atar bread is the sort of thing you see at Ottolenghi’s Nopi in London’s Soho, and that RawDuck in Hackney might have on the menu.

The same can be said of the burnt radicchio, housemade ricotta, hazelnut, lemon and aleppo honey. This is not necessarily simple food – it is intricate and has complex flavours – but it’s not complicated in the way it is presented and the surroundings it is served in.

Cosme (cosmenyc.com) is a restaurant in the Flatiron District from chef Enrique Olvera. The restaurant, housed in a former strip club but the grubby carpets and dark interiors have been replaced with sleek modernist features and that buzz that you can only seem to find in New York. The food is contemporary, high-end Mexican. The ingredients usually found in Mexican cuisine never really suit a more formal approach to cooking but Olvera’s food manages to do so by also combining the local and seasonal ingredients from the Hudson Valley. Uni tostada with avocado, bone marrow salsa and cucumber is sensational. We order a number of sharing plates including the crispy octopus with hazelnut mole pickled potatoes and watercress and the Wagyu beef tartatre with chipotle adobo and pinquito beans. The cocktails are good and strong.

I’ve sort of saved the best to last. I’ve always been a fan of STARR Restaurants that operate a number of restaurants across America. The restaurant Buddakan (buddakannyc.com) in the Meatpacking District – made famous in the Sex and the City movie -still draws in the crowds and they’ve just partnered with Jason Atherton on The Clocktower (theclocktowerny.com) at the new Edition Hotel. Their latest opening is Upland (uplandnyc.com). Inspired by the food of California, I’d been told by a number of people that this was a must visit.

Designers Roman and Williams have created a dining that is quite unique to New York. The patinated copper shelving used to hold large jars of pickled vegetables has to be one of the most instagrammed restaurant photos of 2015. The sausage and kale pizza is a good snack – you didn’t think I’d get through a whole piece about New York and not mention kale – to order while perusing the menu. The menu is split into ‘vegetables’, ‘one, ‘two’ and ‘three’. From the vegetables section we chose the whole crispy mushroom which was nothing like I’d ever eaten before. A subtle mushroom flavour with an interesting texture. The hamachi crudo with asparagus and citrus from the ‘one’ section acted as a good palate cleanse before a bowl of bucatini cacio e pepe.

It would be a lie to claim that the New York restaurant scene is still better than London’s. I don’t think it is. London is currently in the midst of a restaurant revolution that only seems to be gathering pace and we have some fantastic restaurateurs and chefs doing some brilliant, innovative and exciting things at the moment. However, New York will always be a city for restaurant inspiration and so many restaurants over there still have a buzz that nowhere else can rival. How does the saying go, “It ain’t the steak, it’s the sizzle.”