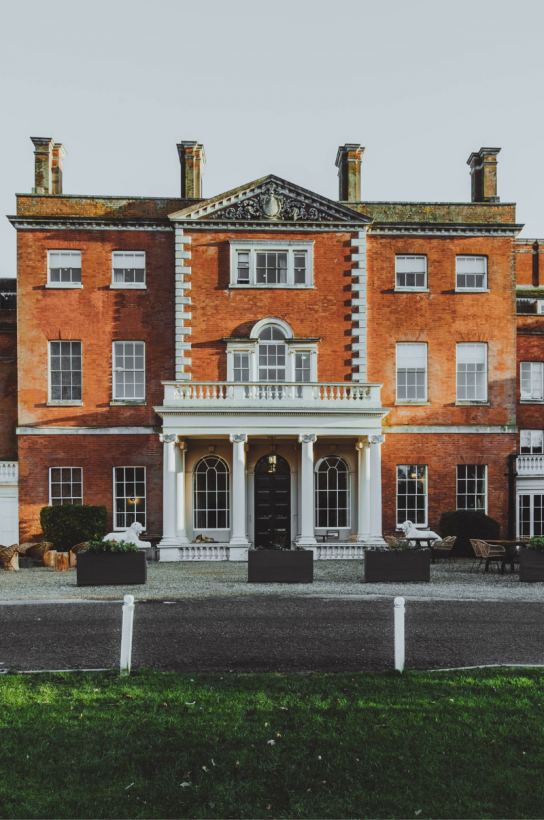 We were grateful to be invited to visit Birch, a 55-acre retreat just 40 minutes on the train from Liverpool Street. It is, like the eminently popular Wilderness Reserve and Soho Farmhouse, a countryside sanctuary for creatives, built to escape the sirens of the city. It features 140 bedrooms, a farm, two restaurants, a lido, a cinema, and art studios.

“Birch looks like a hotel, but feels like a festival,” their website says, and this is apparent on arrival. City-types arrive in their Ubers with their bags, discussing with receptionists which gong-sound bath session they should go to that afternoon.

While it’s easy to compare Birch to Soho Farmhouse, it has merits of its own, particularly the price of accommodation, which starts at a very reasonable £120 per night.

To find out more, CODE spoke to co-founder Chris Penn, a hotelier with 22 years of experience and the man responsible for launching Ace hotels in the UK.

How would you explain to someone what Birch is?

Birch is an accessible escape, just outside of London. A place to be free and to unshackle yourself from the expectations and pressures of modern life. A space bringing together nature, wellness, art, food and community.

How did the idea come about?

The idea was born out of frustrations, two in particular…

The first was from an industry perspective. Having worked in hotels for a long time, I was disenchanted by the fact that amazing hospitality and experience were so incredibly abundant in cities in the UK but as soon as you stepped outside, the quality of product and service in hotels appeared, in most cases, diluted and not prioritised and that these reflections on the industry were expected to be tolerated by consumers. We wanted to bring the quality and integrity of food, coffee, drinks, cocktails, wellness and the arts that you would expect in a city, to people escaping the city but in a natural environment with space to breathe.

The second frustration was one of modern culture. We feel that the modern way of living is taking away from us the very essence of what it means to be alive. The expectations and judgements of work and society, the greed and materialism of that which surrounds us and the constant stream of information forcing us to feel as if we always need to be “on” prevents us from experiencing the real qualities of the world, ourselves and others. Birch was created to remove those judgements, unshackle us from expectation and create a free escape where we can connect and explore together in an accessible way.

Who is the Birch guest/member?

The Birch guest is an escape artist. They are not defined by any traditional characteristics or criteria. They are artists – they have a passion, a profession, something for which they are dedicated and care. That is not the whole though. Inside, there is a fire, a heart that desires to be free, to try new things and to breathe – they like to escape.

Can you tell us about any future plans for expansion?

Birch has started building experiences to help people find escape through an accessible experience in an accessible location, at an accessible price point. The future aspirations are to build more spaces just outside of cities, firstly with another one outside of London. We are hopeful that we will be able to announce a new chapter very shortly, but until then, you will have to wait!

Robin Gill and Ben Rand run the kitchens at Birch, and have two restaurants on site, The Zebra Riding club and Valeries, which both have a focus on utilising produce from the farm as well as any waste. They also head up the interactive bakery where guests are not just welcome but encouraged to pop in and help them prepare bread for the site.

CODE spoke to Robin Gill about his involvement with Birch.

What is the concept at The Zebra Riding Club?

It’s a set menu built around the seasons and surroundings. Simple combinations, putting ingredients together that work. It’s also a fun place where people should feel relaxed and let loose.

How different is The Zebra Riding Club compared to your previous projects?

I think it actually has elements of all my previous projects, just slightly intensified. It has the DNA of The Dairy all over it with the atmosphere and open kitchen, and where we were growing on the rooftop with a couple of beehives. We now have 30 beehives, a fruit and vegetable programme is in full swing, and we’re now a step further with livestock. It’s almost a coming of age for me.

How important is your ingredient sourcing?

It’s the backbone of my cooking. I firmly believe if you start with something average you will only elevate it to something else average.

What do you use from the Birch grounds?

We have loads of herbs from Sorrel to bronze fennel, our amazing honey. Just last week we got to process the first of our Saddleback pigs and sheep. The pigs are being processed to charcuterie and the sheep went down really well on the menu. There are lots of wild things growing across the estate too, like blackberries and Mushrooms. We actually found a truffle which was pretty exciting!

One of your favourite dishes on the menu that everyone should try?

The bread course is epic. It’s a really heavily toasted sourdough made with grain from our friends at Gilchesters in Newcastle. We serve it with smoked cultured cream and a bread miso made from the waste from the loaf. It’s also served with seasonal pickles and fennel salami. I like this because it’s all about craft and a very thoughtful approach. 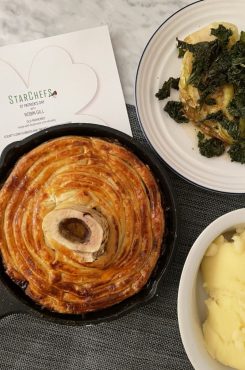 The best things the CODE team ate (and drank) this week 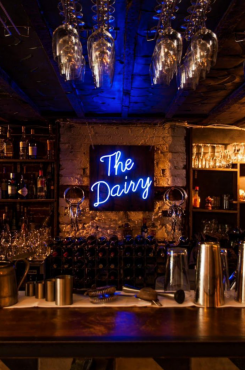 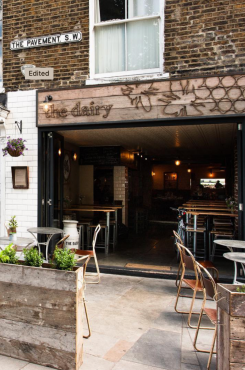 Clapham’s The Dairy and Counter Culture to close