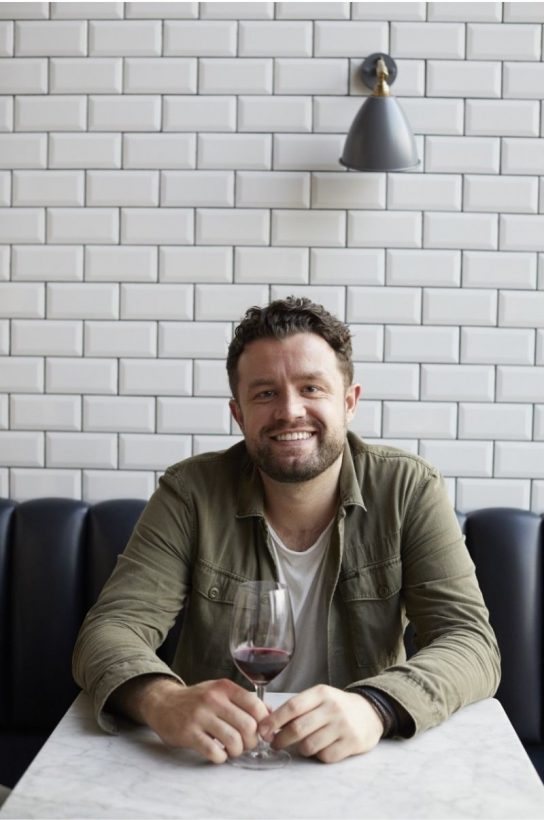 A Masterchef: The Professionals finalist in 2014 and a winner of The Rematch show in 2019; a former Roux Scholarship finalist; a young apprentice at The Ritz, and a sous at the same hotel, under the imitable John Williams, some years later. No wonder Sven-Hanson Britt, now 32, managed in 2020 to raise more than £36,000 in two weeks.

A year on, his restaurant, Oxeye, is imminent. London is the place but we don’t yet know exactly where. All will be revealed, he says.

“We’ll be ready – hopefully – in a few weeks, but we’re waiting for a couple of key things to fall into place,” he tells CODE.

“It’s in London, but I can’t tell you where yet. We’ll announce more details when we can. Reservations will be going live in two weeks.”

During lockdown, Britt busied himself with Homestead, a neighbourhood restaurant in Canning Town with an all-day menu. It provided “something awesome to get my teeth into while I waited for Oxeye to come to fruition,” he says, but now Oxeye is so close he’s departed the kitchen there and is putting all his energy into what’s to come.

Britt’s focus at Oxeye will be connecting the dining room with Melbourne Estate and Park Farm in South Derbyshire alongside a handful of growers from elsewhere. Farm-to-fork remains the fashion – transposing the countryside onto dinner plates. The chef says it is that ideal that defines modern British food today.

“Oxeye is a culmination of years of work with some very talented farmers and producers.

“It’s my version of modern British food, which is something I hate to say as it has connotations of restaurants that are nothing like Oxeye, but it’s as close as I can get with a short description at the moment I guess.

“As a few people know, I launched a Kickstarter campaign just before Covid, literally just before anyone knew our lives would change forever, so along with that, and blood sweat and tears, we’re pretty much ready to go.

“This is my restaurant, run and managed by me. I’ve worked incredibly hard to get to this position but couldn’t have done it without a ton of supportive people.”

Now the effort to see the restaurant become reality has subsided, the hard work begins. The menu, for example, will change regularly, and monetising a restaurant with only just six tables per service is no easy task. This while navigating a post-lockdown, pandemic-persistent world, where staff are in short supply and budgets stretched.

“The food will be a showcase of some of the best ingredients from across the UK, supported by the best produce from outside the UK,” says Britt.

“We’ll only cook for a maximum of six tables per service – around 12-16 covers. And we’ll do that three days a week (Thurs, Fri, Sat) to start with. Wednesdays will be recipe development and collecting food from the farms we use. We plan to create a menu for each table that dines with us based on what they like. We hope the restaurant has a positive impact on food in this country.

“I’ll tell you what, it’s a bloody terrifying time to launch my first restaurant. But there’s this amazing feeling of open-mindedness within the industry right now. Businesses and people have had 18 months of doing what they can to try and survive. We want to be at the forefront of change in the industry while serving delicious food.”

He’ll need a strong team to do so? “We have a small, but hugely talented team in place, but I’m still looking for a few really key roles. I’ve had quite a large number of people message me recently saying they’re looking for a new job.

“I personally think the stagnant nature of staff not moving around the industry is coming to an end. People have gone back to work for a bit now, furlough is mainly over and people are remembering why they wanted to leave their place of work 18 months ago.

“As an employer you just have to be better and more attractive than anyone else. We’re focusing on that a lot at Oxeye. From the working hours/days, to the menu, to the staff incentives, working atmosphere and facilities.”

If all goes to plan, Oxeye will be a restaurant to watch. Britt’s intentions are admirable and possibly thankless. Then again, now is the time to be bold. 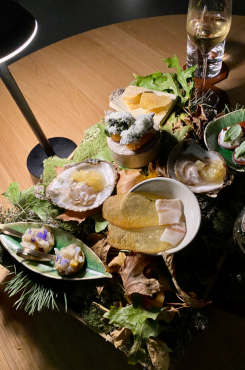 From Sagardi to Sketch, here are the best things the CODE team ate this week 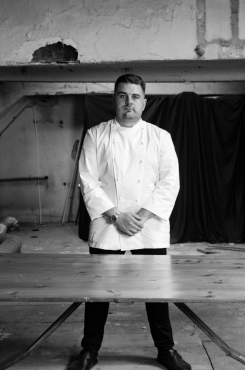 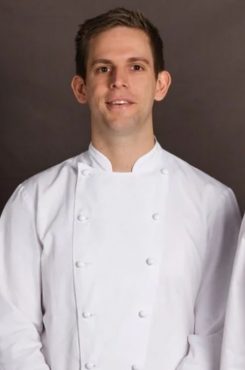